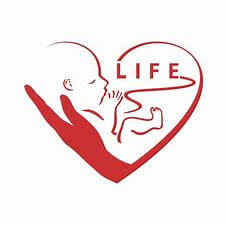 Only weeks into the new Biden-Harris Administration, Democrats defeated a bill that would have protected babies that survived an abortion. Called the Born Alive Abortion Survivors Protection Act, it protected a baby by giving him or her medical care and nourishment coming into the world. In other words, there are actually babies that survive and are left to die, once born! This is coming from the party that supposedly champions “human” rights.

It failed because nearly every Senate Democrat voted against the measure, which requires doctors to provide medical care for newborns who survive abortion attempts. The act received 52 votes, falling 8 short of the 60-vote threshold necessary to break the filibuster. Democratic senators Joe Manchin (W. Va.) and Bob Casey (Pa.) crossed the aisle to vote for the legislation.

Sen. Ben Sasse (R., Neb.), who introduced the legislation, decried the partisan vote. “This legislation isn’t red vs. blue, it is simply about giving every baby a fighting chance. Every baby deserves care. This isn’t about abortion, it’s about human rights,” he said.

Sweeping censorship from liberals is also censoring the use of gender-specific terms such as male and female, mother, father, daughter, and son in the “spirit” of being all-inclusive. The indoctrination of gender confusion is having real physical effects on our young women and girls. More teen girls are seeking transition therapy and Planned Parenthood is pushing this agenda.

In a column by Rod Dreher called “Mary Hasson: Parents and Pastors Wake Up,” they describe the conversations of Planned Parenthood employees to these children and young girls. For example:

The employee insisted (both on Twitter and during our interview) that she was reluctant to say anything critical of Planned Parenthood because she believes in its core mission.

“[T]hey still provide vital services for women,” she wrote on Twitter, and anti-abortion activists “will jump at any opportunity to smear them.” But she went on to write: “Having said that, their recent roles in trans activism are abhorrent, and they’re digging their own grave.”

The Planned Parenthood clinic where she worked was located in a small town of roughly 30,000. Abortions were the clinic’s “bread and butter,” something this employee fully supports. But, she noted, “trans identifying kids are cash cows, and they are kept on the hook for the foreseeable future in terms of follow-up appointments, bloodwork, meetings, etc., whereas abortions are (hopefully) a one-and-done situation.”

According to the employee, based on her recollection, 1-2 new biologically female teen patients seeking testosterone would arrive per day. A few reasonable assumptions and some arithmetic reveal that a shocking percentage of the town’s teen girls came through the clinic over just a few years.

There were no doctors at the clinic where she worked. Nurse practitioners were the professionals with the highest medical training, she said. The clinic employed a gender counselor who had “no actual professional credentials or formal training other than being MtF” (that is, a male-to-female transgender person).”

Author Abigail Shrier has been trying to get to the bottom of this sudden explosion of young girls coming out and wanting to change their gender. Her book, Irreversible Damage: The Transgender Craze Seducing Our Daughters describes this phenomenon:

She discovered from talking to employees at Planned Parenthood that many young girls were emotionally wounded: From one employee: “A lot of them have serious emotional issues, a lot of them had a history of abuse and baggage. ”Anxiety, depression, and bipolar disorder were ubiquitous. Often, the employee said, they had visible “self-harm scars” and even “fresh self-harm marks.” But, she said, the medical professionals were never supposed to address those marks.

What do these two stories have in common? Young women and girls are getting the message that womanhood is not special, that in fact, may be less desirable, and the ability to give birth is nothing to cherish. My very first post on Ricochet six years ago was on this issue of the so-called Feminist Movement and its fallout. Nothing has changed but seems to be getting worse.

I am watching an impeachment attempt of former President Trump because the Democrats see him as a present and future threat, along with his supporters. This is the same man who defunded Planned Parenthood and outlawed the sale of baby “body parts” when it was discovered they were profiting off the remains of aborted babies. This is the man who defended children by increased funding and resources to fight against human trafficking, and the trafficking of children, also one of the reasons for border patrol. This is the man that championed families and defended freedom of speech and religion – this person, Donald Trump, is who the Democrats fear.

So which party defends life, and the dignity of all, especially the most vulnerable? Which party defends marriage and family and sees it as the pillar of a healthy society? Which party is trying to push the narrative that you were born a mistake, but if you survive, your gender may be a mistake? Democrats fear the wrong things, the wrong people and they are cultivating confusion and destruction. I heard on the radio that our neighboring county is also removing gender-specific terms from its legislature. These changes, like elections, are local, and determine what is accepted or rejected at the national level. To stay silent or to accept censorship in any form is not an option. There is a war on the family, and those in positions of power know no boundaries.