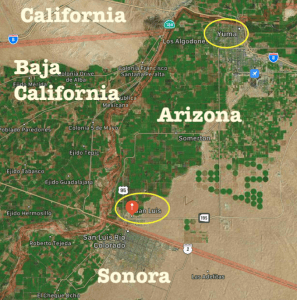 Customs and Border Patrol announced that Border Patrol agents in the Yuma, AZ, sector captured a group of 11 Iranian citizens on Monday evening, February 3. The illegal aliens were walking across a bridge in the border town of San Luis. The threat across our southern border has long been far more than “migrant workers” undermining US worker wages and black market drugs affecting both public health and public safety (due to extralegal business enforcement by drug gangs).

The Border Patrol has long used an informal acronym, OTM, “other than Mexican,” naming a significant border security concern. We should not be surprised at Iranians testing our response, since the uniparty of Democrats and RepubliCan’ts have so clearly signaled their all-out political war on us and their determination to get back to normal politics, crushing poor and lower-middle-class employment and wages.

The terrorist and infiltration threat is not new. Indeed, Hezbollah, an Iranian regime proxy force, has been reported in South and Central America since the 1990s. President Trump and his constitutionally faithful Secretary of State Mike Pompeo, as distinct from the dishonorable Rex Tillerson, who joined to subvert the will of the American electorate, made significant progress in giving our neighbors to the south the courage and motivation to openly move against Hezbollah in the region. We can fully expect all of that good work to be discarded, as the Democrats and Chamber of Commerce Republicans look to get back to Obama’s Middle East policies.

San Luis is at the southwest corner of Arizona, and shares a border with Sonora to the south and Baja California to the west. 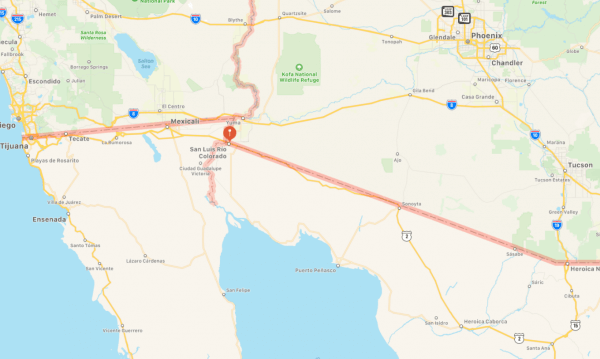 At approximately 6 p.m., BP agents encountered the group near San Luis, Arizona, on a bridge near County 21st Street and the Salinity Canal.  Agents determined the group had illegally crossed the international border into the U.S.  The group was arrested and taken to Yuma Station for processing.  The five females and six males are were all from Iran, a Special Interest Country.

Yuma Sector agents regularly encounter people from all over the world, including Special Interest Countries.  Agents adjudicate each arrest in accordance with law and policy in order to secure our nation’s borders.

The primary mission of the Border Patrol is to prevent nefarious people and devices from entering the United States.  Iran is a designated Special Interest Country and the agents of Yuma Sector work diligently to protect our borders for the safety of our nation.  Border security is national security.

Previous posts for context on the Arizona-Sonora border: