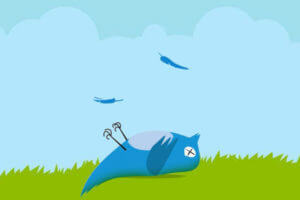 Zuckerberg is flat wrong in asserting the absence of widespread voter fraud. But by last Wednesday, Trump had gone too far in pressing his case to overturn the election. Even if the rules were skewed and cheating occurred, it was time to move on, with lessons learned.

But Trump’s intemperance aside, Facebook‘s extraordinary action doesn’t pass the logic test. Trump’s rhetoric was heated, but politicians commonly encourage participants to “fight“ and persevere for their cause.

Several legal experts have opined that his speech wouldn’t qualify as incitement. He never called for violence nor storming the capital. If merely expressing an opinion that could lead some to violence merits expulsion, then Facebook must disallow many other opinions routinely expressed on its platform.

Moreover, the need to avoid further danger was clearly unnecessary. At the time the bans were instituted, the Capitol area had been cleared and Congress was back in session by the end of the day. The perpetrators were universally condemned from both sides of the aisle and slated for prosecution. There was zero chance of recurring violence at that point.

But the tyrants didn’t stop there. They tried to close off the exits for those fleeing speech oppression by effectively banning Parler, a site recently popular with voices on the right who had been canceled on other platforms.

Not only did Google and Apple ban Parler from their App Stores, but Amazon suspended its hosting services, shutting off all Parler’s servers. Taken together, these actions amounted to not only an attempt to suppress specific persons, but an entire point of view.

Silicon Valley moguls only pretend to have a policy against promoting violence. Otherwise, they would have moved against the BLM/Antifa inspired riots that raged nightly in America last summer. Like the Capitol rioters, they were incensed by perceived injustices and demanding to be heard.

But their “mostly peaceful“ protests, organized through social media, included extensive looting, arson, and bodily harm. Yet they were never deplatformed. They weren’t even criticized then by Democratic leaders like Pelosi, Biden, and AOC.

A Senator named Kamala Harris encouraged them to “keep going“ and organized funding for bail bonds. Night after night police were ordered to stand down while the mayhem continued. From the social media providers now feigning deep concern over violence … crickets.

There’s a word for those who spurn democratic processes and instead attempt to cancel and intimidate their opponents and it’s not “progressive.” It’s “totalitarian.” The American Left is no longer about live-and-let-live, or agree-to-disagree. Like the dictators of the collectivist states they admire, they aspire to permanent, total victory over a prostrated foe.

Thus the political director of ABC News called for a “cleansing” of Trump followers. Another media mogul proposed putting the children of Republicans in “re-education camps.” Trump’s legislative supporters have been threatened with expulsion.

The Big Tech CEOs are among the most wealthy, powerful people in the world. For defenders of free speech, facing their hostility plus that of the incoming administration will be a major burden.

But Americans are resilient. Free-speech rights are built into our DNA. We still believe with former Supreme Court Justice Benjamin Cardozo that “freedom of speech is the matrix, the indispensable condition of nearly every other form of freedom.”

America is still worth defending.