The US Capitol is the centerpiece, even the capstone, of my 40 career in and around politics and advocacy, and much more. It is where I met Adrienne and where every member of my family has spent time – both my sons were Senate pages, and one would serve as a doorkeeper and House staff assistant. I consider being Secretary of the Senate the greatest honor of my years in public service and politics. I love the Article I branch of our Republic. 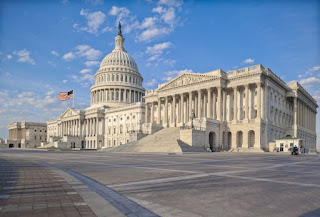 I hate what happened today, for all the reasons you do, even though much of it appeared peaceful. But I have a few thoughts to share. They may surprise.
First, as a former journalist: take nothing you read, watched, or heard via corporate media today at face value. I have long learned that much early reporting is wrong. Worse, much of the media has been pining for years for an event like this; something to prove that “tea party” or Trump supporters are prone to violence. Some no doubt are. But let’s wait for the facts before drawing conclusions.
Second, while there is no excuse for violence, it is undeniably a part of our Capitol’s history. The 9 million pound cast iron dome symbolizes to the world our democracy was constructed during the Civil War; Union troops were quartered on the then-new Senate floor. One soldier had to be restrained from destroying former Senator Jefferson Davis’ (D-MS) desk (you know, the President of the Confederacy). There are bullet marks on the House floor where Puerto Rican nationalists opened fire during a vote in 1954.
And you can see bloodstains on the stairway leading from the House chamber along the east front downstairs, the result of a fatal gunshot wound. in 1889, a Louisville Courier reporter, Charles Kincaid, shot former Congressman William Taulby (KY); Kincaid was never charged.
More recently, in 1983, the Senate had just adjourned late one November evening when a bomb exploded just off the Senate floor, courtesy of “Weathermen” extremists. The damage was extensive. Fortunately, no one was injured. Shortly after I left my job as Secretary of the Senate, two Capitol policemen were killed by a deranged killer near the offices of then-House Whip Tom DeLay. They were the first two Capitol police lost in the line of duty.
I mention all this to remind you that protests and violence are the unfortunate but inevitable price of free speech and the freedom of expression, movement, and association guaranteed by our Constitution. Our first such “protest” occurred in Boston Harbor. Western Pennsylvania’s “Whiskey Rebellion” was quelled by troops led by none other than President George Washington. Over 600,000 Americans lost their lives in a bloody and tragic civil war. And civil rights protests during the ’50s and ’60s were frequently violent and bloody.
I’m not excusing it, nor what happened in the Capitol today. It is a part of our history and the dark side of our human nature. And we have always survived, grown, learned, and moved on. . . to the next episode. We are a fallen people. We learn the hard way. We always have.
As I wrote on my blog just yesterday, I believe we just experienced the worst election in modern times – not the result, but because of the massive irregularities that transpired, undermining confidence in the cornerstone of our republic – free and fair elections.
Third, and finally, I’ve heard and read enough claptrap from enough of you about how, as a Trump voter (twice), I’m responsible for what happened today. How shallow, stupid, and insulting. And so many, especially in the media, are beside themselves over this “assault on democracy” involving the US Capitol . . . the same people dismissing or ignoring over 500 violent events in more than 200 cities across the United States this summer that destroyed thousands of buildings, small businesses, and livelihoods. Spare me your crocodile tears, hypocrites. If you decry violence in the Capitol today, decry it all. 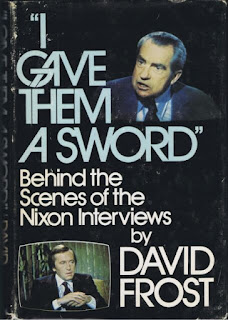 Fourth, and a final point: Events today remind me of a book written by journalist David Frost, based on the post-Watergate interviews he famously conducted with former President Richard Nixon (later the subject of a movie starring Frank Langella as Richard Nixon). Nixon said, explaining how his presidency fell, said: “I gave them a sword, and they twisted it, with relish.”
Well, Trump supporters: You gave the corporate media and your political opponents a sword today. And they will be slowly, but surely, twisting it with relish, repeatedly, for a very long time. Thanks to a handful of stupid agitators, you have marginalized your cause so far off stage that it will forever tarnish President Trump and all that he accomplished.
That all being said, it is time to find a path forward to restore our institutions before they are permanently damaged – if not too late. In a few days, an op-ed I’m coauthoring will appear in a Washington, DC area newspaper. It will focus on the urgent need for us to genuinely change the way we communicate with each other in these contentious times. It will surprise a few of you. Stay tuned. I’ll be sharing it here.
Published in General
Tags: #2020election, American Politics, Capitol, Capitol Police, Congress