Alexander Leighton was a Puritan Scottish physician who penned a pamphlet in 1633 taking exception to the severity of the bishops and hierarchy of the Church of Scotland. In his pamphlet, he described the bishops as “anti-Christian and satanic”. (You know the Scots, when their dander is up they incline toward purple prose.) Dr. Leighton objected, along with other Puritans, to the imposition on their consciences of the extra-Biblical ceremonial requirements of the Church of England.

From a 19th century history by John Wingate Thornton:

In taking exception to Dr. Leighton’s pamphlet, Archbishop Laud (later elevated to the exalted position of Archbishop of Canterbury) sentenced Dr. Leighton without trial to be whipped at the pillory, branded, and to have his ears “cropped”. Reacting to accusations of abuse by becoming abusive has a long and rich history, still in evidence today whenever we observe the indignant reaction of those Islamists who respond to accusations of being violent by, well, becoming violent. A well-developed sense of irony is not something, apparently, that runs in Islamist circles.

On the appointed day, Dr. Leighton – ill from long confinement in an open-air cell – was led to the pillory where he was whipped, his ear cut off, his nostril slit through, and his cheeked hot-branded with the letters “SS” for “sower of sedition”. One week later, his wounds not yet healed, he was again led to the pillory and whipped, his remaining ear severed, his other nostril sliced open, and his other cheek branded.

Such was the cultural context and ferment that caused the Puritans to flee to Massachusetts Bay, from where they would write to parliament,

“we thought it our safest course to get outside of the world, out of their view and beyond their reach.” 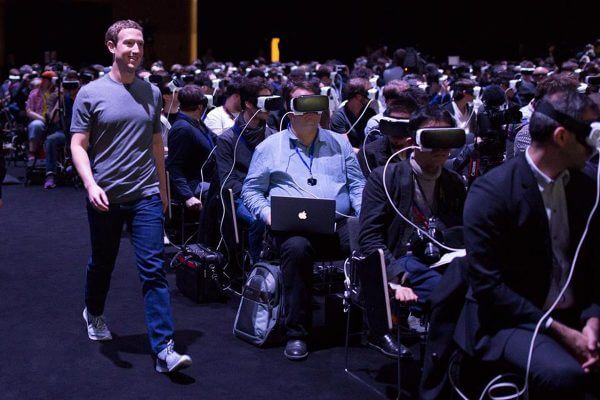 It is this business of getting “beyond their reach” that especially piqued my interest. Any resemblance that Mark Zuckerberg or Jack Dorsey have to Archbishop Laud is, probably, coincidental. Well, except for the censoriousness. And the absurdly elevated sense of their own importance. Also the corresponding belief in the flawlessness of their own understanding. And they’re assuming the role of arbiters of truth.

Except for those things the resemblance is probably coincidental. They probably don’t wander the halls at Facebook and Twitter in a cassock. (But come to think of it, who really knows?) At any rate, they don’t have the power to brand people or slit their nostrils. So we’ve got that going for us.

Conservatives, like the Puritans of old, need to put themselves beyond the reach of the Archbishop Laud’s of cyberspace. And they need to do it in full recognition that it may involve a certain amount of hardship for a while. I confess that I’m increasingly unsympathetic with the complaints about fact-checking and censorship on the major social media platforms. It is the hallmark of adolescents to believe that the comforts and conveniences of their home are their due. It is time for conservatives to move out of the progressive basement and build their own home. I realize Parler tried to do this, but the attempt was half-hearted and they didn’t do it competently. It doesn’t require much imagination to conceive of the possibility that depending on a progressive Amazon for all your internet infrastructure needs could be a bad idea. And yet Parler had no viable backup plan at all.

Conservatives should probably not merely try to reproduce a conservative version of what the progressives have built. They should think more asymmetrically, and they should intentionally try to use technology, perhaps, to wreck the business model of the social media giants. Social media’s lifeblood is its ability to collect and monetize data, but I wonder sometimes if that is also its Achilles heel. Perhaps conservatives should, with malice aforethought, be innovating in uses of technology that blind the tech giants. Or, alternatively, maybe conservatives should flood social media data streams with so much pollution that it becomes impossible for tech lords to differentiate between signal and noise.

I don’t know the answer to this. I only know that complaining about censorship will do nothing to put anyone “beyond their reach”.