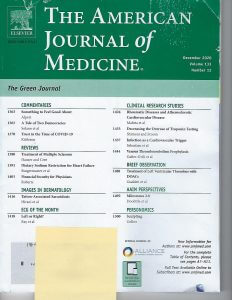 The December issue of The American Journal of Medicine includes an editorial titled, “Public Health Strategies Contain and Mitigate COVID-19: A Tale of Two Democracies.” Wow, what a majestic title for a medical journal article. It begins with this paragraph:

On January 19, 2020, the first cases of coronavirus disease 2019 (COVID-19) were introduced by travelers from Wuhan, China, the initial epicenter, into both South Korea and the United States. In this commentary, we compare the responses of both democratic republics and demonstrate that the immediate and nationally coordinated public health strategies employed by South Korea effectively contained and mitigated their epidemic. In contrast, the US government mounted a delayed and fragmented response, becoming and remaining the worldwide epicenter of the pandemic.

This might strike you as an odd comparison. South Korea has about 50 million people, and The United States has around 330 million. The population density of South Korea is nearly 15 times greater than The United States – about 515 people per km2 in South Korea vs. about 36 people per km2 in the USA. South Korea’s population is much less diverse, more urban, and has a very different cultural background than America’s. America’s landmass is enormous and highly variable in terms of climate, landscape, and population density, while South Korea is much smaller and more densely populated.  The United States is, well, a group of states – each of which is very different from the others, and each of which has its own locally elected governors and legislatures. It makes no sense for Wyoming to take the same approach as New Jersey on various matters, so they often don’t. One might expect the US response to be more “fragmented” than a smaller, more homogeneous country like South Korea.  And that fragmented response might make a lot of sense in such a large, diverse group of states.

So why would someone choose to compare those two countries? They would seem to be apples and oranges. Keep that question in mind as we move forward…

In an effort to contrast South Korea to the US, the authors begin the second paragraph with the following sentence, which include the words “promptly” and “efficiently”:

Upon report of the country’s first case, South Korea promptly and efficiently instituted nationally coordinated strategies of containment and mitigation.

A bit later in the article, the authors criticize some American politicians and citizens for questioning the benefit of masks:

Masking in the United States has been politicized despite clear scientific evidence of effectiveness. 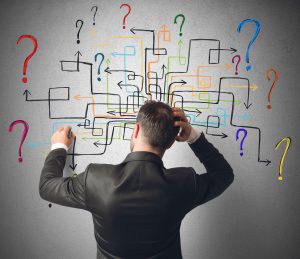 Much of what I learned in medical school (based on “clear evidence” of the time) is malpractice now. No one really knows for sure.

Now, this journal article is an editorial, so they are simply giving their opinions. They are not beholden to data when writing an editorial. But they are physicians, writing in a medical journal, so one might expect the authors to be a bit more careful with sweeping statements like that.

But hey, these physicians who work in academic settings are under a lot of pressure from a lot of angles, so I can overlook much of the grandstanding that I describe above. Fine. Whatever.

But then I get to the last paragraph, which begins thusly:

We strongly concur with all responsible health professionals that there is an urgent need for a unified national approach to implementation of effective public health mitigation strategies such as social distancing, masking, avoidance of crowds, and frequent hand and face washing. These simple measures are likely to be at least as effective as any safe vaccine that may be developed and approved for widespread use by the general public.

Ok. That crosses a line, in my view. Actually, it crosses a few lines:

“We strongly concur with all responsible health professionals…” So all who agree with them are responsible, and those who take a different view are not responsible.  Right.  Ok, so if I study this complex problem and reach different conclusions than these esteemed authors, then there is no reason for us to discuss the matter and try to learn from one another. No, I’m simply not a ‘responsible health professional‘ in that case, and can be ignored and treated with disdain.

How many scientific blunders throughout history occurred because people wouldn’t listen to dissenting views? 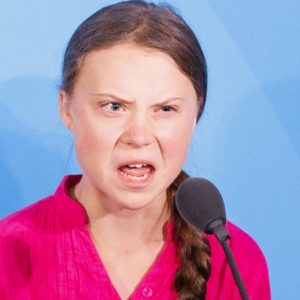 “…there is an urgent need for a unified national approach to implementation of effective public health mitigation strategies…” Yikes.

When someone combines a casual disregard for scientific uncertainty with a call “…for a unified national approach…” as agreed upon by “…all responsible health professionals…” – geez, that makes my skin crawl. We are sailing into some very dangerous waters, here.

Some of what they’re recommending is probably reasonable.  But their adolescent certainty of their own insight and virtue makes my skin crawl.

“These simple measures are likely to be at least as effective as any safe vaccine…” Ok, that’s an absolutely incredible assertion. When you look at COVID data from counties, states, and countries that took various different approaches, it’s difficult to find a pattern – did their “national approach to implementation of effective public health mitigation strategies” actually help? Probably, some. Perhaps. Hard to say, in some cases. But hey, these things are complicated, right?

The cynic in me suspects that when they say, “These simple measures are likely to be at least as effective as any safe vaccine…” that all they’re really trying to say is that when COVID starts to improve, whenever that is, it will be thanks to whatever President Biden is about to do, and not thanks to President Trump’s vaccine. That’s a tricky assertion to substantiate, so they make no effort to do so. At least, no serious effort to do so. They simply assert. They do not substantiate. And again, in an editorial, that is not an unusual approach.

But these are physicians, writing in the American Journal of Medicine. I might expect more. 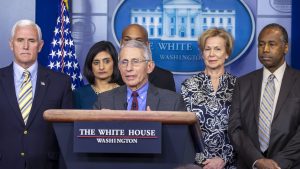 Or rather, I wish I expected more. The long slow march through the institutions has now conquered academia and research. Which is a tragic loss for us all, as we are now learning. American universities and scientific research are a big part of what made this country great.

We politicize such important institutions at our peril.

So a group of academics wants to pre-emptively rob a Republican president of credit for fighting COVID by helping develop a vaccine. Fine. It’s your name on the article, not mine.  Go ahead.

But then they write an editorial with some things that are probably true (handwashing helps), and some things that might be true (masks help), with some things that are obviously not true (These simple measures are likely to be at least as effective as any safe vaccine…).  They casually summarize complex and conflicted data with a wave of the hand, and then authoritatively declare that anyone who disagrees with their “urgent need for a unified national approach to implementation of effective public health mitigation strategies” is not a responsible health professional. 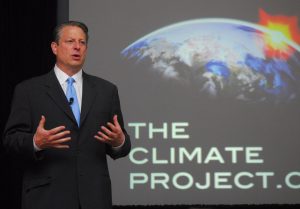 So they mix good data with bad, find in that complex data a consistent pattern that does not exist, and demand that we all follow a plan of centralized control, much of which isn’t clear to have benefit.

They then pre-emptively declare that any who are foolish enough to question them are dangerous radicals.  So those who want to control society based on questionable data are just being reasonable.  But those who stop and think about all this are radicals.

When our doctors and scientists say things that are so clearly politically biased, they discredit everything else they say (including the stuff that’s probably true).  Some of what they say is important and merits our careful attention.  But why listen to them now?  They’re just playing politics.

These are dangerous waters…