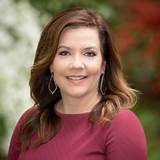 The way I know that my obsession is lessening is that I’m enjoying my ordinary, everyday activities a lot more. I’m enjoying the beauty and silence of my morning walks, and look for the local rabbit on my path who essentially nibbles on the grass and ignores me. I’m starting to appreciate my morning prayers as I become more comfortable with the Hebrew and can experience the beauty of the moment. I feel so rewarded when I make simple Comfort Calls for hospice, checking in with caregivers, and every now and then getting a thank-you for what we do; since we can’t visit patients at this time, at least I am helping their caregivers by telephone. I sweep and wash the tile floor in my kitchen; there is something so satisfying, not only about seeing a clean floor afterward, but knowing I’m doing a small task to make our home more pleasant and inviting. In other words, I’m returning to that “attitude of gratitude” for my good health and a satisfying life with my loving husband.

Most important: I realized that my putting energy into persistently condemning the media was not helpful—for me or for anyone in my life. In fact, I began to realize that I was turning over my personal power to the very people who wanted to disempower me. I was rewarding them with my unhappiness, my helplessness, my frustration. I want as much as I can to take back my power. It’s a process and won’t happen overnight, but life is so much better.

One more thing: I don’t know what the future holds. I don’t know frankly which things may improve, and which ones may get worse. But at least I will be in a frame of mind to take it all in, as it comes, and act, if necessary.

I am proud to be an American citizen and want to celebrate that every day. No Marxist propagandist is going to stop me.