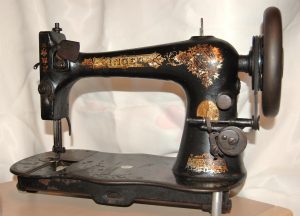 If you read my first post on The Greatness of America, you know that I am on a mission. It is multi-faceted and is designed to fight the Left’s efforts to destroy our souls, to brainwash us into false thinking, and to breed a hatred in us for America. They’ve made inroads in their efforts as they try to intimidate us on social media, destroy our confidence, and endlessly condemn this country. We must refuse to accept their efforts and powerfully push back. To follow this theme, I am going to extol the many accomplishments that America has developed and contributed to the world. This post will focus on the technological and scientific; it is only a primer. So, I ask everyone to contribute more developments to the list.

Only a partial list of medical advances by Americans is overwhelming. Just to list a few, we developed use of ether as a general anesthetic during surgery (1849); five different vaccines—cholera, anthrax, rabies, typhoid fever, and plague—were developed between 1879 and 1897; the heart-lung machine used in open-heart surgery (1935); first polio vaccine (1955); first vaccine for pneumonia (1977); a rough draft of the human genome (2000); and many other developments, all produced by scientists in America. Let’s not forget the amazing Operation Warp Speed that has created several vaccines for COVID-19 at a speed never seen before.

Most of our modern conveniences were developed in this country. Railroads, telephones, telegraph, and cars. We only need to look at the many projects of Thomas Edison, Andrew Carnegie, John Roebling, and Charles Steinmetz to see the multiple technological developments. Television, radio, and telecommunications platforms are ubiquitous in our times. And let’s not forget our labor-saving devices, many developed or improved upon by Americans: the modern washing machine, a modern sewing machine, modern vacuum cleaners.

The awarding of the Nobel Prize to Americans far surpasses the accomplishments of any other country. The United States has won nearly 400 Nobel Prizes covering several categories. Here is a statement about the Prize:

The U.S. has won more Prizes than any other country; as of 2019, the UK was second, having been awarded 132. The only category we haven’t dominated is the Nobel Prize in Literature; I’ll let you speculate on the reasons.

So, what is my purpose in listing all of these accomplishments? For one, I believe it shows how we contribute to civilizational advancements more than any other country in the world. We have a national curiosity and desire to improve our world in a multitude of ways. Our citizens are devoted to exploring, experimenting, and creating, and their efforts serve not just America, but the entire world. We have attracted people who are committed to these efforts of ingenuity and development. And let’s not forget that their developments affect every human being on the planet through saving lives, job creation, and education.

So, the political Left can try to denigrate us intellectually and spiritually. But we will fight back in every way that we can. The desire to succeed and serve mankind runs in our blood.

And we will never give up.

Please add those accomplishments of which you are most proud so that we can celebrate them with you!

[This is Part II of a series on The Greatness of America.]

Published in Culture
Tags: American Greatness, attacks from the Left, resiliency of the Right