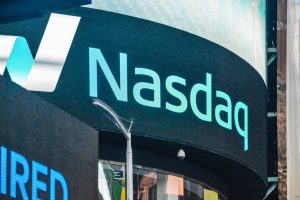 This past week, Nasdaq announced that it had applied to the Securities and Exchange Commission for authorization to impose diversity requirements on the boards of directors of its listed companies. The substantive proposal requires that each company include on its board at least two diverse directors, one of whom must be a woman (or, more precisely, one who self-identifies as female) and one who self-identifies as a member of an underrepresented minority, including “Black or African American, Hispanic or Latinx, Asian, Native American or Alaska Native, Native Hawaiian or Pacific Islander, two or more races or ethnicities,” or as “LGBTQ+.” Whenever these targets are not met, the listed company must offer a public explanation as to why that is the case. At no point does Nasdaq offer specific instances of intentional discrimination against members of these preferred groups.

In its SEC application, Nasdaq writes as if the new policy is all gain and no pain. It reports that its proposal has strong support from many of its member companies, a large fraction of which have already adopted similar diversity policies. For instance, a Deloitte study cited in the application notes that a majority of public and private companies surveyed have either already reviewed “their board composition, recruiting, and succession practices” to fight “racial inequality and inequity,” or intend to do so. Nasdaq cites further studies that find that companies with diverse boards have consistently higher returns on investments than those companies that ignore diversity. It thus concludes that the “benefits to stakeholders of increased diversity are becoming more apparent and include an increased variety of fresh perspectives, improved decision making and oversight, and strengthened internal controls.”

Yet, Nasdaq simultaneously laments the relatively slow rate of increase in board diversity among its member companies, noting that “the US still lags behind other jurisdictions that have imposed requirements related to board diversity.” It also asserts, without demonstrating, that if “companies recruit by skill set and expertise rather than title, they will find there is more than enough diverse talent to satisfy demand.” Nasdaq then reverses field by allowing a listed company to disclose that it does not meet the rule because it is bound by some alternative legal standard under state or federal law, or because it “has a board philosophy regarding diversity that differs from the diversity objectives set forth” in the Nasdaq rule.

This glowing account of mandated board diversity targets is riddled with gaps and inconsistencies. What business is it of this or any other exchange to tell companies how to manage their own businesses with regard to the sensitive issue of board composition? A key function of an exchange is to offer assurances to current and prospective shareholders that the companies whose stock is traded there will be free of manipulation and corruption. Consequently, an exchange may rightly impose certain conditions on board practices aimed towards that end. It is instructive to examine Nasdaq requirements for public company boards before the current drive toward diversity. Those rules typically concerned potential conflicts of interest between board members, given that self-dealing between a public corporation and its individual directors poses serious risks to shareholder interests. In addition, the Nasdaq rules required that a majority of the board consist of independent directors, who take a lead position on the audit and compensation committees, where the risk of insider misconduct is high.

In defense of its diversity mandate, Nasdaq tries to bring itself within these traditional rationales by claiming that increasingly diverse boards will help “prevent fraudulent and manipulative acts and practices.” Such avoidance of fraud and manipulation purportedly follows from a decrease in groupthink that comes from airing diverse perspectives. Nasdaq is of course correct that each company should have “directors on the board who are willing to critically question management and air dissenting views.” Yet it is false to assume that current boards, consisting of people with many different skills and philosophies, are either somehow monolithically blind to their oversight responsibilities or carbon copies of each other in thought and deed. Nasdaq offers no evidence of widespread fraud in public corporations and no explanation, beyond platitudes, of why diverse board members would be uniquely skilled in rooting out such corruption.

Indeed, if diverse boards do have superior overall performance, why impose diversity standards? Conscientious boards, many of whom are committed already to diversity, should adopt those standards voluntarily, while allowing those boards that disagree, based on inside information that no regulator can match, to pursue alternative business strategies. These boards are already staffed with diversity experts who can and do tap into a legion of appropriate networks without coercion from above.

With diversity, one size does not fit all. Nasdaq reports that progress toward diversity has been more rapid in countries that have imposed diversity requirements. But properly understood, that observation is a double-edged sword. After all, diversity mandates could be resisted where they lower board quality, which may explain why American companies that broadly support diversity remain slow to implement it in their boardrooms. Nasdaq is wrong to insist that diversity will combat corporate abuse or improve investor confidence, when it’s possible that mandated diversity could reduce public confidence in companies perceived to have weaker board quality.

Nasdaq seems to be aware of this risk, by allowing firms to explain why they have not met their quotas. Yet what explanations might prove acceptable? Some firms may reject outright the desirability of increased board diversity. But more amenable companies may simply state that they have, after a thorough search, been unable to find diverse individuals suitable for board membership. Indeed, Nasdaq acknowledges that “the operations, size, and current board composition of each Nasdaq-listed company are unique,” so that some “flexibility” is tolerated in the administration of the rule.

But that concession proves too much. Large numbers of key positions on boards may have to be filled by individuals who are knowledgeable in the technical and scientific issues that the firm faces in deciding whether to launch a new product or back some daring research initiative. There is no reason to think that a wholesale demand-side commitment to diversity can yield people able to fill those slots, given the chronic shortage of diverse candidates, especially at senior levels, in key STEM disciplines.

In this regard, firms should be wary of appointing merely “qualified” board members out of regard for virtue signaling. The term “qualified” is not found in the text of Title VII of the Civil Rights Act, but has been read into the act by the Supreme Court. Thus McDonnell Douglas Corp. v. Green (1973) allowed a lab technician, who was a racial minority, to establish a prima facie case of employment discrimination under Title VII by showing, first, that he was “qualified” for the job, and, second, he was passed over by an employer who continued to advertise for additional applicants for his position. But in the context of board membership, “qualified” does not cut it. A firm can thrive, as opposed to merely survive, only if its directors have strong “soft” management skills, as well as the excellence needed to perform highly specialized tasks.

At this point, Nasdaq’s oversight function could become its Achilles’ heel. Quite simply, once a particular company offers its explanation as to why it has not and does not expect to reach the standard, who decides whether that explanation is sufficient? To leave the matter entirely to the listed company is to allow the exception to swallow the new rule, as noncompliant companies will routinely insist that they have failed to find proper people after diligent search or that they reject the philosophy that gives a paramount place to diversity in board formation—assuming they can survive a barrage of criticism that comes their way. However, the alternative where Nasdaq itself makes such determinations could easily be worse. Nasdaq may decide to haul in those companies before a makeshift tribunal on the permissibility of the company’s explanation and subsequent sanctions, up to and including delisting. The Nasdaq report gives only the barest hint of what procedures might be used.

Finally, it is appropriate to ask whether the SEC, as a government agency, should give its explicit approval to a policy that introduces explicit racial and gender classifications. After all, the Nasdaq report expresses no objection to a corporate board that contains not a single white male. Does that composition lead to a lack of perspective or create opportunities for fraud and manipulation? Not really. In my view, a board should be able to constitute itself in any manner that gets investors’ buy-in. The same is true with respect to diversity. Government imprimatur might give rise to serious constitutional challenges that the Nasdaq report never addresses, let alone resolves. Indeed, Nasdaq never explains why systematic government compulsion is needed to introduce diversity into corporate board rooms when the social and investor pressures in that direction are already enormous. The status quo is far from perfect, but Nasdaq’s ill-conceived directive will only make matters worse.