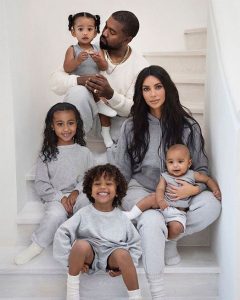 Professor Scott Yenor has done a great service to humanity by writing a book, The Recovery of Family Life: Exposing the Limits of Modern Ideology, that discusses the all-important issue of sex robots. Sadly, his book is not all about sex robots. Rather, he writes about the status of the family vs. post-modernism and feminism. To paraphrase Keynes, Yenor believes that, “Modern men who believe themselves to be quite exempt from any intellectual influence, are usually the slaves of some defunct feminist who denies human nature.” He makes a good case. His book goes through the radical and post-modernist philosophers that helped create our modern world and how we think about sex and family. It’s a good read that helps us understand why modern people think the way they do about sex and family.

Professor Yenor focuses on culture rather than technology. This is quite fascinating to me because I come more from the Jonah Goldberg camp that emphasizes technological innovation. Jonah theorizes that the sexual revolution couldn’t have happened without the pill and that Washington DC couldn’t have become the imperial capital that is without air conditioning. Also, it’s much harder to control everybody if you can only issue orders by the speed of a man on horseback. I doubt that the Oregon pioneers could care less about whatever laws DC was passing.* The telegraph was necessary for DC to be able to control the West Coast.

Yenor makes a convincing counter-argument by going through the intellectual history of post-modernism and radical feminism. He does this very well and from what I know of post-modernism, (radical feminist theory isn’t my bag) he does so accurately without getting bogged down in the minutia of why Foucalt hated Derrida. Before buying the book, read this article. If you like the prose of that essay, you will like this book.

In essence, modern feminism is essentially derived from the idea that there is no human nature, no femininity, and no masculinity that is not socially constructed. Yenor ably goes into a fascinating dive about feminist radicals and post-modernists, and later in the book he discusses what our reaction should be to it.

He suggests that we leave homosexuals alone but we as a culture should focus on monogamous heterosexual marriage and the family. He also suggests that most women would prefer to work part-time while raising children and that we as a society should do more to accommodate rather than try to strive for a complete equality that no one actually wants.

Yenor seems to suggest that radical feminism is beginning to dominate the debate about feminism. From what I’ve read of Douglas Murray, he is right and feminism is becoming more of a hindrance to both sexes rather than the noble pursuit of equality that overreached in some cases. Near the end of the book, Scott Yenor view tries to break with the word feminism and suggests that people describe themselves as Womanists.

While not in his book, this particular passage from an earlier work of his describes that Womanism should, “be grounded in seeing the desirability for women to work as a means of making a living, just as men work to make a living, but also see that making a living and making a life are two different things. It must begin with an acknowledgment of the goodness in human love, human community, and responsibility, not with a radical embrace of independence and self-created identities. It must acknowledge and respect some differences between the sexes and see them as part of human being.” It should also honor and respect motherhood as one of the most important parts of the experience of women.

He doesn’t come as a scold with his recommendations and I appreciate that. Also, his humor is refreshing in an academic book. It reminds me of when Jonah Goldberg was much more interesting and funny because he focused more on humor than Trump. I personally would add more jokes but Yenor is after all a professor and he is probably stretching his academic credibility by writing a book that people without a B.A. will enjoy reading.

As a follow-up to this book, I listened to Michael Walsh’s audiobook. He focused more on communism thought than radical feminism but he and Jordan Peterson seem to confirm the veracity of Professor Yenor’s claims. Walsh’s book is strikingly Christian and is thus alien to me. Yenor’s book is neutral on the G-d question and it is more focused on a specific topic.

More regrettably, Yenor doesn’t write enough about sex robots. He mentions that young men will soon be able to obtain sexual gratification without the work of building a relationship and that this is incredibly important. To be fair, he is focusing on what is rather than what will be in his book. Still, the book would be much improved if he included a few more pages (or maybe 15 minutes of audio) about how men have changed in their reaction to women because of pornography and how they will continue to change with the rise of sex robots. But what book could this not be said of?

In conclusion, people interested in the topic of feminism or how our modern world is created through the bad ideas of those that deny our nature, read his book.

*People who survived disease, storms, and attacks by some Indian tribes now have progeny that are burning down Portland. All is vanity and vexation of spirit.