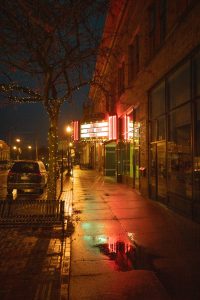 If you want the ultimate movie night, now is a golden opportunity. Until this pandemic abates or is dealt with, movie theaters across the country are trying about anything they can think of to stay afloat. Between customers too scared to come in, capacity restrictions, or out and out mandatory closures, while actually competing with movie studios going right to streaming while still charging premium screening costs to struggling theaters, many theaters may not even be around in another year. So they’re innovating.

Since you are not legally permitted to publicly show anything in your DVD collection, but you can show it privately, theaters are letting you privately book their giant screens and sound systems, and let you see your favorite films “on the big screen” the way they were intended in the first place. Tonight we took up a local theater on the opportunity.

I don’t know how many movie theaters will survive the pandemic. Many were doing poorly before COVID anyway, and now they’re practically begging for customers. In recent years even the large multiplex theaters have been offering customers the ability to book a screen, but the pricing has usually been affordable only for businesses, and the times available have likewise been in the daytime. This makes sense of course, as these are large buildings to heat or cool, and to staff for concessions and cleaning, so if one is going to open up for a private event, it needs to be remunerative. In this, the smaller independent theaters have a bit of an advantage – they only a few people on duty. Our local theater has decided to get in on the act.

The Strand is one of the 10 oldest theaters left in the country. It passed its centennial recently. Like many old theaters, it was not originally strictly a movie house, having a small stage and dressing room for hosting vaudeville or other live acts. It also originally had a balcony, though it was never large enough for private booths. I do not know how many owners it has had over the years, but it is now run by the local college as part of their business school. Sometime in the 70s or 80s the theater closed its balcony and turned it into a 2nd smaller screen. In the 1990s they acquired storefronts on either side, turned one into a new concession stand, and hollowed out the other to turn it into a third screen. Only in the last decade, however, were the original restrooms finally gutted, with modern facilities added within the expansion space. All of the renovations of the last 20 years have been funded by the community – we’ve done our part to keep the old girl going. Modern seating arrived at last within the last couple of years, just in time for COVID. 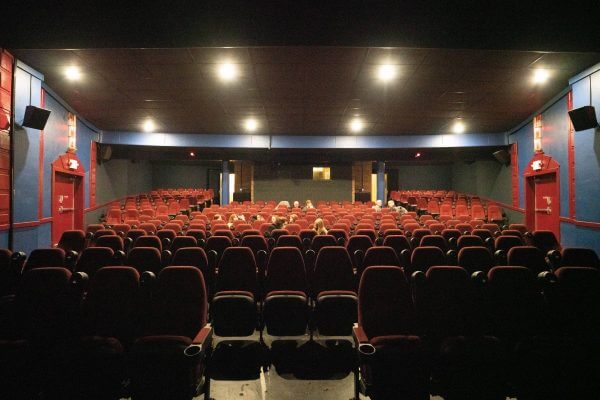 You can see where the old balcony was.

As it happens, we caught the very last movie before Ohio shut everything down – Disney’s Homeward – we had the theater to ourselves as people were already keeping away in fear. During Ohio’s long lockdown on theaters, lasting from March through June, when theaters were at last allowed a limited reopening, The Strand offered weekend concessions – genuine buckets of movie theater popcorn and theater-sized candy boxes and sodas, strictly on a drive-up basis. They also had a fundraising drive to keep the bills paid on the place. They survived, but barely. 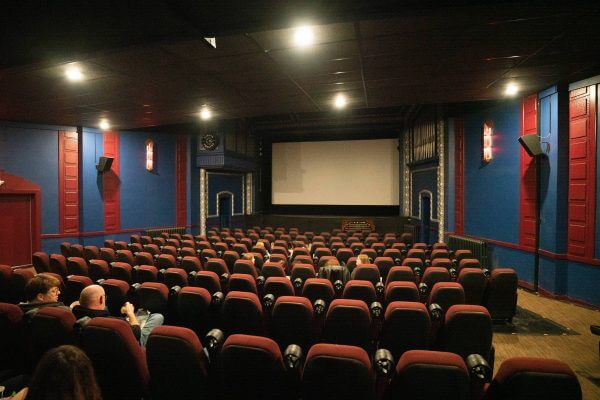 When they reopened they tried going back to first-run movies, but this has not panned out well. The studios are releasing everything simultaneously to streaming services, it seems, and even at greatly reduced ticket prices the theaters cannot attract the audiences. My wife beelined there to see the latest Christopher Nolan film this past summer – then regretted that Nolan is taking himself too seriously (I long ago wrote him off and refused to go see it myself) Even the big multiplexes are by and large showing classic films instead. I went with one daughter to see Beetlejuice last month – a film she never would have seen “on the big screen” otherwise, and the tickets and concession prices were the lowest I’ve paid since the early 90s. The Strand has tried this too, but it’s still not really paying the bills. 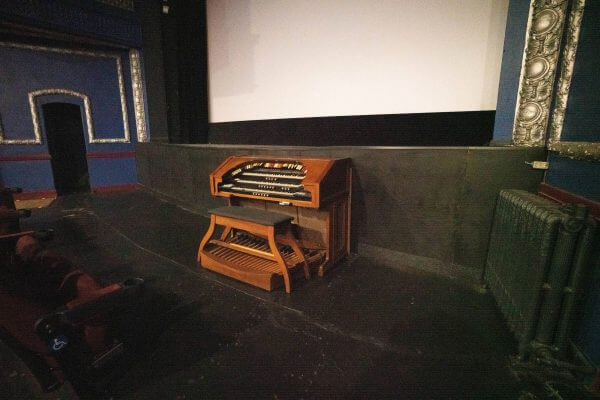 Now, they’re letting you pick the film yourself – all you do is provide the DVD or BluRay disc, and for a fee you’ve got your own private screening. For an upcharge per head, they’ll include popcorn, sodas, and candy (no nachos or hot dogs, though, unless you’ve got a really big crowd). We booked the screen for this evening, called a bunch of friends and family, and watched Wallace and Gromit – Curse of the Were Rabbit. We have it booked again right before Christmas for a yet-to-be-decided Christmas movie. Where my sister lives, she and her friends booked their own screening of The Princess Bride. 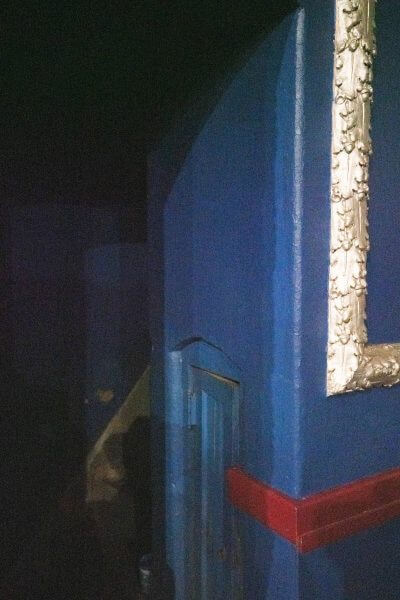 There’s something about watching a movie in a theater instead of from your couch. Even with today’s large high-resolution screens at home, the still larger theater screen help you to pick out details you are not apt to notice at home. Plus, for whatever reason, the kids shut the heck up in the theater, while jabbering endlessly at home (or checking their phones every second). The popcorn tends to be, well, not necessarily better at the theater (and you can have real butter at home), but there’s certainly more of it at the theater, to the point of rabid abundance. I’m not of an age anymore where the giant sodas hold any attraction for me, but the kids were happy to indulge too. With the decreased movie attendance and increased theater sanitation, the sticky floors are no longer a problem. 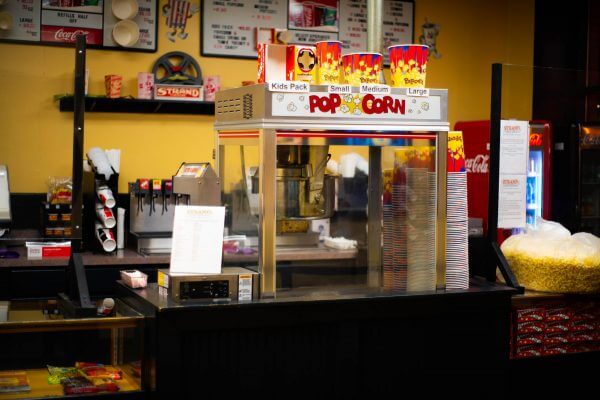 As for the movie we picked, Wallace and Gromit are old favorites, but only our eldest daughter ever saw the film on the big screen, and she was five at the time. Number 2 was present in the theater, but at only a year old she remembers nothing. The other 2 hadn’t yet arrived on the scene. With this sort of opportunity, we can at last show them all, and without all the previews and commercials to wait on. Right now The Strand is only allowing maximum rental blocks of 2 hours, so I can’t show them the old epics like Ben Hur, or It’s a Mad Mad Mad Mad Mad World, but at some point perhaps we’ll have that chance.

And in the meantime, we and others in the community will keep doing what we can to keep the old girl going. If you get the chance, support your local theater too, while it’s still around. Many are already gone. 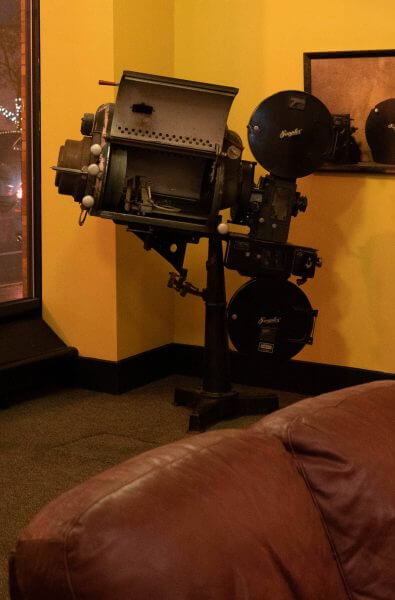