I was in third grade when President Kennedy was murdered. They let us out of school early but didn’t tell us why. I walked home with my sister Joan, who was in fifth grade. My mom was watching the TV and told us what happened. I now have an apartment just over a mile from Dealey Plaza where it happened. We walked there yesterday and took pictures. 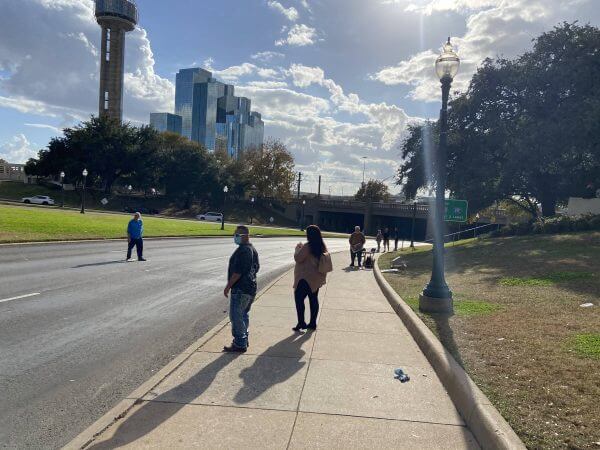 One of the first things you notice is how small of a space the plaza is. The pictures make it look much bigger. The man in the road is next to the X marking where the third fatal shot hit. In the picture below I’m next to where Zapruder was when he filmed the assassination. 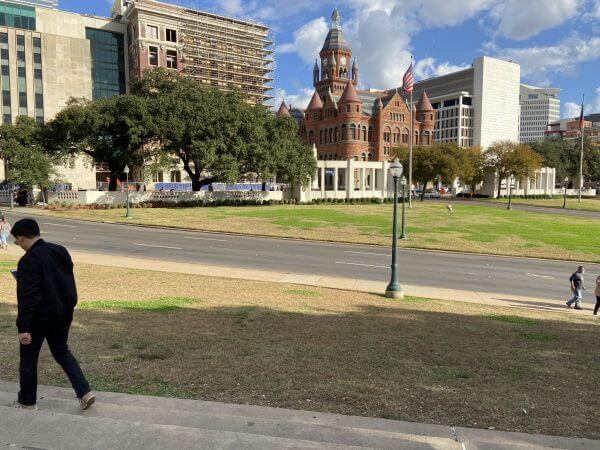 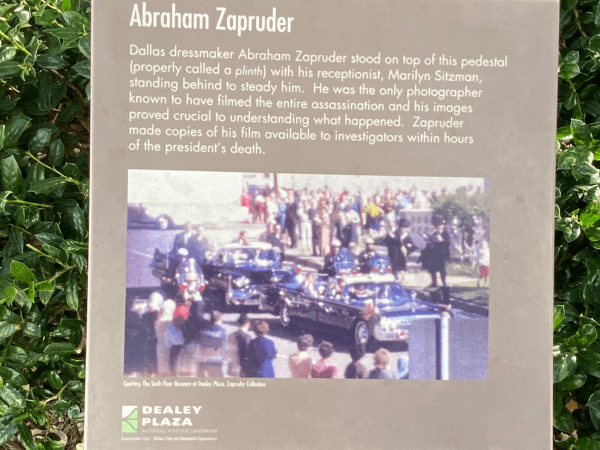 I attended a discussion about it three years ago by Zapruder’s granddaughter.

At the base of the Texas Book Depository, there is a sign which reflects the controversy over the assassination; note the word alleged in it. 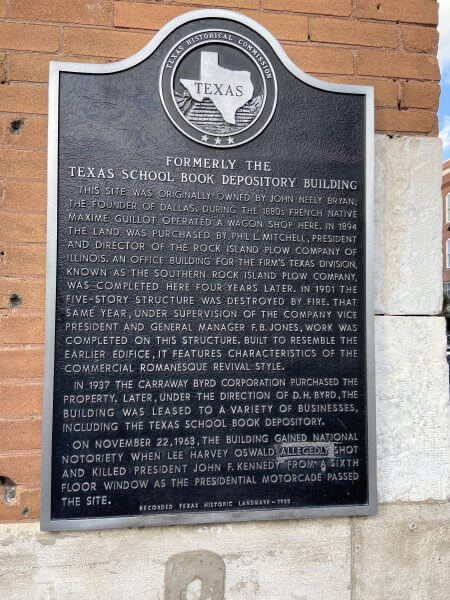