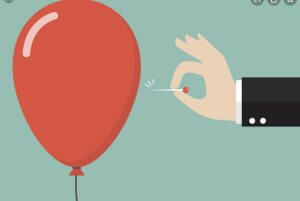 “What is satire if not a marriage of civil disobedience to a laugh track, a potent brew … that acts as a nettle sting on the thin skin of the humorless.” — Mona Eltahawy

Satire is a nettle sting on the thin skin of the humorless. I like the sound of that. I like it so much that I think that we on the Right ought to adopt that as our slogan for the next four years.

So Ricochetti, if your talent runs toward satire, the mating of criticism and wit, your time has come. Fortunately, the Democratic establishment for the next four years will be target rich with humorless scolds just ripe for satire. Think of just the more visible members of the Democratic establishment: Nadler, Schiff, Pelosi, Schumer, Maxine Waters, AOC, Omar, et al. Has there ever been a gallery more crowded with flawed humans outside of Rikers Island?

We’ll expose Pelosi’s testiness, Omar’s next marriage to a brother, and almost every word that drips from Schiff’s crooked little mouth.

Flaying the Left’s foibles, vices, and hypocrisies should be as easy as shooting at sitting ducks, whether it’s Pelosi getting her hair cut at a shuttered San Francisco hair salon, or Newsom attending a large dinner when he’s been telling Californians for weeks that they ought not to gather in large groups.

We’ll expand our satiric targets to the brown-nosing sycophants of late-night television and every biased writer of the mainstream media. They’ve been attacking Trump and the Right for four years. It’s our turn now that their chosen one is in power.

Jose Pluma got us off to a good start with his brilliant satire on the Left’s proposal to erase up to $50,000 of college loan debts. Pluma shows just how harebrained the idea is.

Sometimes it’s enough just to quote the Left. In Freeven’s recent post, he quotes the mayor of Wauwatosa, WI, after a gunman shot up a shopping mall in his town, wounding eight. Have you ever heard greater nonsense than the Mayor’s reaction to the shooting? “The Mayfair Mall has a strict no-gun policy…. If the shooter had complied with that policy, no one would have been hurt yesterday.” Think about that.

We wish Biden and company the best. We’re the loyal opposition, after all, a concept I heartily approve of. We hope the Biden administration will expand freedom and promote the general welfare, and we’ll applaud when those things happen. But history tells us that the Left will overplay its hand and fall back on what they’re comfortable with: to restrict freedom and expand the state.

Any movement in that direction and we pounce.

Published in General
Tags: November Quote of the Day, satire