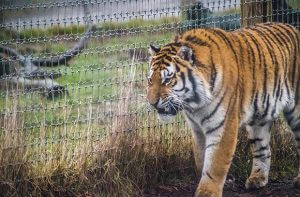 As we made our way around, the surroundings were quiet. Mostly mothers and small children (pre-school age) were walking around. The children all seemed well behaved, as if at one level they were participants in the emptiness of the zoo and absence of sounds. Few seniors were walking around.

A few enclosures only had one animal; the okapi was one of those. We watched him as he stood in a corner, alone, not moving. We wondered if there was an absent okapi, or this animal preferred a solitary life. The communal animals we noticed were various 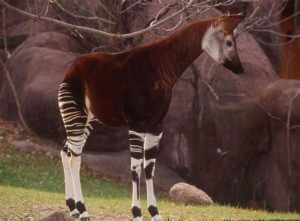 breeds of primates, penguins, and elephants. In one large enclosure, there were several monkeys; they seemed determined to harass one of their own until he finally found sanctuary.

Today, most zoos provide habitats that resemble the natural habitats of the animals. Most of them also work on the conservation of endangered species. At first, their efforts seem noble to save the disappearing animals of the earth. But then the animals must give up their freedom for a greater cause.

After we left the zoo, we talked about our reactions and realized we had almost the same experience. But we couldn’t figure out why. And then it hit us.

We were watching a shadow of our own lives.

We are trapped in an environment that is not of our choosing.

We are subject to the stress of limiting our travels and exposure to the virus.

We often feel the isolation that so many people feel, even though we have each other.

Of course, although lockups threaten the lives of many, we still can unlock our front doors and step into the sunshine.