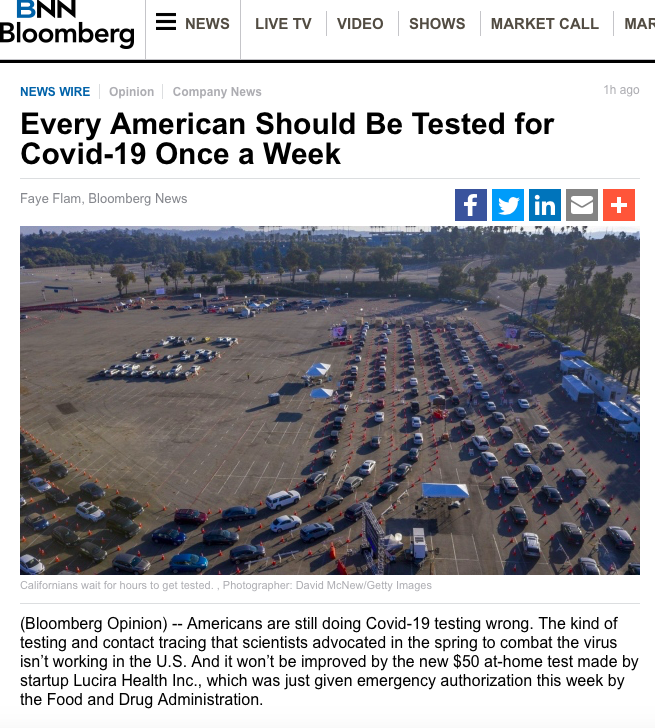 Faye Flam should be named Flim Flam. This is another stupid diktat in this never-ending pandemic saga.
Notice the caption under the picture: Californians wait for hours to get tested.
Let me get this right. On the one hand, we’re required to quarantine ourselves under lockdown orders. On the other hand, we’ll be required to venture forth every week to our local testing site to wait for hours to be tested.
It’s madness.
Published in Healthcare
Tags: COVID, Testing