Like most of you, I move from rage at the outcome of this election, to enormous sadness to find our country where it has arrived. 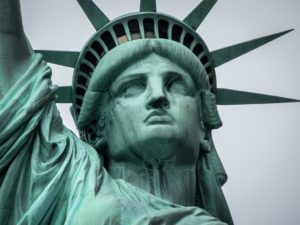 These major shifts of emotions are not only debilitating to my sanity (what there is left of it), but unhelpful to the country. I am so impressed with the strategies for investigating the fraud of the election processes that many people have developed, and the ways we can fight back against the election injustices. But we can’t allow ourselves to be buried in investigations and not find a way beyond the results of this election. We must deal with the hard truth. These are my next steps.

So how do we as citizens, and the Republicans who are governing, move forward?

We must find a way to deal with reality. That acknowledgment does not mean that we cave in; it simply means that we stop wasting our energy on changing the facts on the ground. We demand that the Republicans only support legislation that is true to Republican principles, and fight the Left’s plans to undermine our country. If our legislators are not clear about the difference, they should be voted out of office.

And lastly, the most painful part, is that we must grieve:

We grieve that our fellow citizens were not astute enough to look beyond Trump’s personality and appreciate his accomplishments and his dedication to our future.

We grieve that we may spend the next several years fighting to preserve our free nation and the Constitution, instead of actualizing more of its potential.

We grieve that our systems are so corrupt that we couldn’t even manage an election process with all the technological tools at hand.

We grieve that the people who have worked so hard over the last five years to destroy Trump couldn’t even wait until all the votes were counted to reject him.

Or wait until justice was served.

We must do everything we can to take back our country.