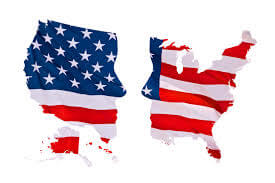 As I close in on 60 years on this earth, it occurs that the absolute last thing I want to be is one of those people. You know the type. Every time they inhale they feel compelled to exhale their inexhaustible disdain for everything new and for the latest iteration of “young people these days.” I myself stopped keeping tabs on the accepted terminology for this or that iteration of the species after Generation X. “They must be good at algebra,” I thought, and then pressed on with life.

Even now, I’m not much inclined to do a lot of sneering and griping about “millennials,” or their inexperience in life relative to fossils like me. It was millennials, after all, who volunteered to serve in our Armed Forces and who dispatched the blood-thirsty maniacs of ISIS to Dante’s Inferno, along with Iran’s top terrorist, Qassem Soleimani. Any generation that produces warriors of such skill and determination can’t be all bad. Besides which, having had the pleasure of working alongside a few specimens of the “millennial” generation in recent years, I’ve been impressed both with their audacious spirit and their technical skill (I can type more quickly than most of them, but I can’t navigate various software programs with anything approaching the wizard-like speed of these people).

Of course, there are “ne’er do wells” in every generation. In fact (and please don’t tell anyone this), but malcontents, deviants, vandals, and murderers have been part of the human experience since around the time of Adam and Eve, and no generation since then has escaped either the weaknesses or the glories of human nature. The Greatest Generation, after all, gave us both Churchill and Stalin, even as their successors bequeathed us JFK and Castro, Dr. Martin Luther King Jr. and David Duke.

So that when people barely into their 20s launch into silly little tirades against capitalism, which tirades are chronicled and broadcast to the world on their smartphones (brought to them courtesy of capitalism), their stomachs well fed even as their minds are starving, I’m inclined to cut them some slack. That is, as long as they don’t trample on the rights of those around them (about which more in a moment). Could they benefit from at least a modicum of skepticism about the latest fads and precepts in progressive doctrine? Of course.

Still, while I’m willing to overlook the comparative scarcity of understanding on the part of those who’ve yet to learn some of life’s more enduring lessons, I reserve my most withering criticism for those who are my age and older, who really ought to know better than to wallow in a state of resentment and perpetual victimhood, forever unwilling to lift their eyes above pigmentation or some other sociological construct to see the sheer wonder and potential of free people. Ours is the generation, as President Reagan’s speechwriter Peter Robinson recently pointed out to me, that saw first-hand the fact that when you reduce the size and appetite of government, the economy grows; and when you have a strong military you can face down the acquisitive threats of monolithic totalitarian regimes. Those lessons should have resonated.

The end of the Cold War, the collapse of the Warsaw Pact, along with the irrefutable connection between free markets, free people and increasing prosperity marked, in the minds of many of us, a fresh start. These are the successes that ought to have been passed down to our children and their children as part of the continuing and rich heritage of western civilization in general and America in particular. Ours is a country not without shortcomings and hard lessons, but it is a country which has learned from those hard lessons, which constantly strives to better itself, and which remains to this day the beacon toward which people from all parts of the globe aspire.

Instead, a sense of opportunity has been replaced by envy, excellence has been replaced by resentment, tenacity, and the drive to succeed have been replaced by endless excuses for lack of effort and mediocrity. The results now manifest themselves all around us on a daily basis as our cities burn; the murder rate soars in our major cities while the police are vilified, defunded, and demoralized; small businesses into which families have poured their savings and their life’s work are destroyed by mindless mobs; and innocent people are assaulted by moronic goons who haven’t the foggiest idea of what they are trying to accomplish.

American has gone from the fiery brilliance of a young mind like Charles Krauthammer a generation ago to David Hogg, while Western Civilization has gone from the wisdom and grace of St. John Paul II to Greta Thunberg. I’ve previously written on how we got here, but the fact remains that we are faced with a yawning progressive dystopia that continues to seduce the inexperienced while promising to satisfy the Jacobinical appetites of the permanently malcontent.

But make no mistake; with its promises to destroy America’s constitutional separation of powers by adding additional Justices to the Supreme Court so as to attain a permanent rubber stamp on progressive initiatives; with its commitment to install four Democrat senators by granting statehood to Washington DC and Puerto Rico; by granting citizenship and eventually the right to vote to millions of people who came into the country illegally; by abolishing the Senate’s filibuster rule which serves as a structural brake on pure majoritarianism; and with the assistance of a media-turned propaganda bullhorn for the progressive movement, what Democrats now propose to do is to create a one-party government to enact an agenda that is unAmerican and antithetical to the ideas of freedom, self-government, and self-determination that generations have fought to preserve.

Those who are either blinded by their own racial fixations or radicalized by their own bitter sense of entitlement are greasing the skids for their own downfall and that of a great nation. It remains to be seen, even if the Democrats lose in their current effort, whether the differences between us can be bridged. It’s tough, after all, to compromise with those who mean to destroy you. However, those of us who understand how high the stakes are, have both an opportunity and the duty to vote to restore order and the rule of law, thereby buying a little more time to get it right.