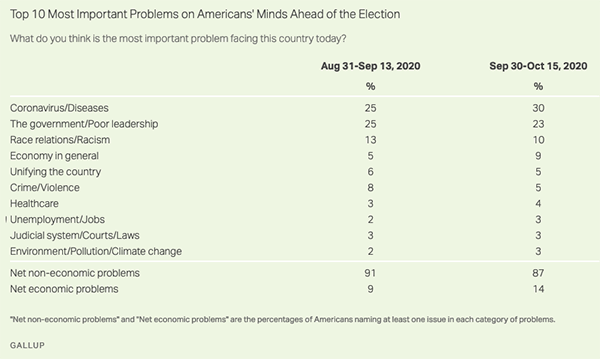 Nobody cares. Stop treating it like it’s a major issue.

But look at the bottom row. “Net economic problems” (meaning that those who responded chose at least one economic issue as important to them): 14 percent. This tells me that the economy in general is not a major concern this year. In spite of the lockdowns and job losses.

Gallup also compared this year to previous years where an incumbent was running. Look at 2012 when Obama was begging for a second term. That year, 72 percent of Americans chose an economic issue as being the most important problem. A record high. 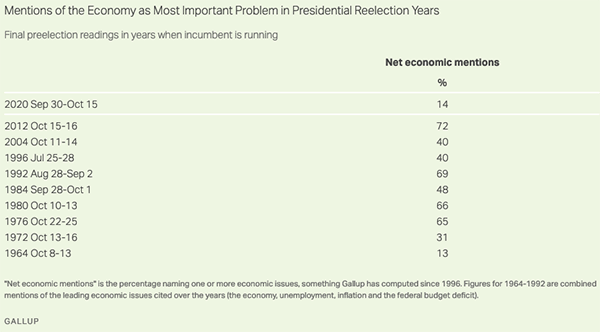 This year, almost tied with the record low back in 1964.

While focusing on the economy is always important, it seems that people just aren’t that concerned about it this year. People say they’re better off than they were four years ago. In spite of the lockdowns, the job losses, the business closings.

I admit to a little surprise. What does this tell you? That people recognize that the President has done a fantastic job on the economy in spite of the slings and arrows of outrageous fortune known as the Bat Soup Flu? And they haven’t lost hope that things will improve once we’re shut of the damn thing?