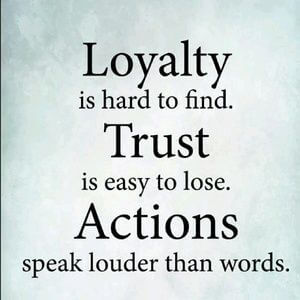 I’m not so sure if that’s true anymore.

Since politics and governance seem to be inextricably enmeshed, I’m finding that my friends on the Left have decided that anyone who isn’t on the Left doesn’t belong in politics or governance. Of course, one could say that I feel the same way. I think the difference between us is that the values I hold, not necessarily as a Conservative, but a person who calls herself a conservative, call on me to live my values in a very explicit way. I don’t believe in forcing my values on others, but I also don’t want them to force theirs on me. Due to their values that they expect to manifest in government in a restrictive and despotic way, they are condemning my values and demanding that I compromise them for the “good of others.”

The problems arise when their choices not only limit my choices, but imprison others, too.

Let me further explain my dilemma with my own friends, some of whom I’ve discussed on this site. I will describe my understanding of values by using the Moral Foundations Theory of Jonathan Haidt. I’m going to apply it liberally in order to adapt it to the extreme polarizations that we are experiencing today, so mine is not a pure application. But I think it will be helpful in understanding the strains that are arising in my relationships, and perhaps in yours. Haidt’s model includes Care/Harm; Fairness/Cheating; Loyalty/Betrayal; Authority/Subversion; and Sanctity/Degradation. I will compare the Left and Right through these categories.

You may have a few questions about my analysis. First, why don’t I ask my friends how they feel, rather than guess? I already know their Leftist beliefs, because at times we’ve discussed them, enough for me to know where they stand. But if I asked them how they felt about me, they would probably tell me, but it would be awkward. At times, one has said I’m an exception to the typical Rightist. Besides, in one way it doesn’t matter what they think of me. What matters is how I see them as friends.

My major questions are, do I believe I should remain close to people whose values are so different than my own? How do I feel about people who are ill-informed about the facts regarding the current state of our country? Finally, am I prepared over the long-term to avoid discussing issues that are so important to me in order to maintain the semblance of close relationships? I know there are people who are friends with people who have very different values than their own. If I consider ending those friendships, rest assured I will find out what their values are, rather than speculate.

I’m just not sure that I want to maintain those friendships.

Have you lost friendships permanently due to values differences? If not, do you think that might happen in your own life?