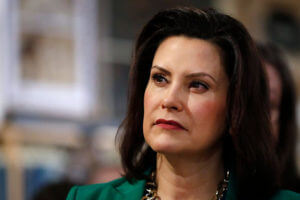 Back in early May, I put up a post entitled Despotism Comes to Michigan, going into some detail concerning Michigan Governor Gretchen Whitmer’s seizure of what amounts to dictatorial powers. In it, I suggested two things: first, that the 1945 law under which she claimed to be exercising emergency powers had been replaced by the 1976 law authorizing the legislature to confer on the governor such powers for a limited period of time; and second, that the 1945 law was unconstitutional from the start because it violated the fundamental constitutional principle of the separation of powers by placing the legislative power and the executive power together in the hands of a single person when an emergency had been declared and by leaving the declaration of an emergency to the discretion of that person.

Back in late April, the Michigan Republicans, who control both the state house and the state senate, refused to renew the grant of emergency powers to Governor Whitmer under the 1976 statute and filed suit in state court, arguing that the 1945 act could not be the basis for unilateral action on her part. At the local level and in the appeals court, the Republicans were shot down.

But today, much to my surprise, the Michigan Supreme Court ruled that she had violated her constitutional authority by continuing to issue emergency orders after the legislature had refused to renew her powers. And in the process the court ruled that the 1945 act was, as I had suggested, unconstitutional.

In her response, according to The Detroit News, Whitmer is breathing defiance:

Whitmer said Friday she “vehemently” disagreed with the court’s ruling, which she said made Michigan an “outlier” among the vast majority of states that have emergency orders still in place.

The governor said the ruling doesn’t take effect for 21 days and, even after that, her orders will remain in place through “alternative sources of authority.”

The ruling appears to leave intact orders issued by the Department of Health and Human Services, which have addressed some of the same subject matter contained in Whitmer’s executive orders.

“I want the people of Michigan to know that no matter what happens, I will never stop fighting to keep you and your families safe from this deadly virus,” she said.

Stay tuned. Things in these parts are beginning to get interesting.