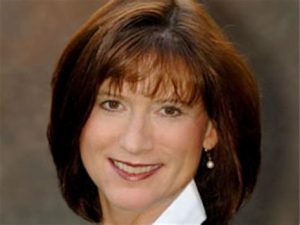 The time to speculate on Supreme Court nominations is obviously upon us. Mindful of the diversity calculations in replacing Ruth Ginsburg, President Trump has indicated that he will appoint a woman to the Court. Amy Coney Barrett, two years on the Seventh Circuit Court of Appeals (48 years of age) and Barbara Logoa, with considerable experience in Florida but less than one year on the Eleventh Circuit Court of Appeals (53 years of age), are the acknowledged front-runners. While their intelligence is not in doubt, there is a clear lack of a meaningful track record in adjudicating federal cases in both instances. Unfortunately, there also are questions of whether relatively youthful, somewhat inexperienced judges will survive the Greenhouse Effect.

As conservatives, we are rightfully skeptical of supposedly informed comments about the ideology of Supreme Court nominees. There’s no shortage of examples, and there’s nothing to be gained in regurgitating tales of betrayal well known to this audience. Then there’s Judge Diane Sykes.

Judge Sykes is the Chief Judge of the Seventh Circuit Court of Appeals (that’s a big deal), encompassing a good bit of the heartland—Wisconsin, Illinois, and Indiana. If one would like to check one’s “not an Ivy Leaguer” box, let’s note that Sykes—born in Milwaukee— majored in journalism at Northwestern and received her law degree from Marquette. Judge Sykes, a Bush nominee, was confirmed for the Seventh Circuit by a vote of 70-27 in 2004.

In other words, Judge Sykes has been deciding federal cases of consequence for 16 years on one of our most distinguished federal courts. She is not a blank slate, and is extremely well respected in conservative legal circles. Judge Sykes was widely mentioned as a preferred choice for the “Gorsuch seat,” but the President decided to go in a different direction. Paul Mirengoff, a skilled attorney and one of the founders of the excellent Powerline blog, calls her “a terrific, solidly conservative judge.”

Space, and perhaps a need to avoid legalisms, does not really favor a close examination of Judge Sykes’ jurisprudence here. Should anyone be interested, however, I’d recommend taking a look at her decision in Ezell v. City of Chicago, a Second Amendment case in which Chicago’s zoning restrictions on shooting ranges were struck down. In terms of a judicial philosophy, her own words are the best measure:

Judicial statutory updating, whether overt or covert, cannot be reconciled with the constitutional design. The Constitution establishes a procedure for enacting and amending statutes: bicameralism and presentment. … Needless to say, statutory amendments brought to you by the judiciary do not pass through this process. That is why a textualist decision method matters: When we assume the power to alter the original public meaning of a statute through the process of interpretation, we assume a power that is not ours. The Constitution assigns the power to make and amend statutory law to the elected representatives of the people.

You might then ask, what’s not to like? My answer is quite obviously “nothing.” To others, though, Judge Sykes has one unfortunate defect—she is (gasp) 62 years old, and the vogue in judicial selections–admittedly within the President’s prerogative–is that “younger is better” for a term of life. Speculating about the perceived longevity of a Justice is a ghoulish business, but the fact is that Amy Coney Barrett is +14 when it comes to Judge Sykes. Were this a hiring process in the private sector, where qualifications were to be weighed against a simple management declaration that “we need someone younger,” we might well call this what it is—age discrimination. So let’s do that.