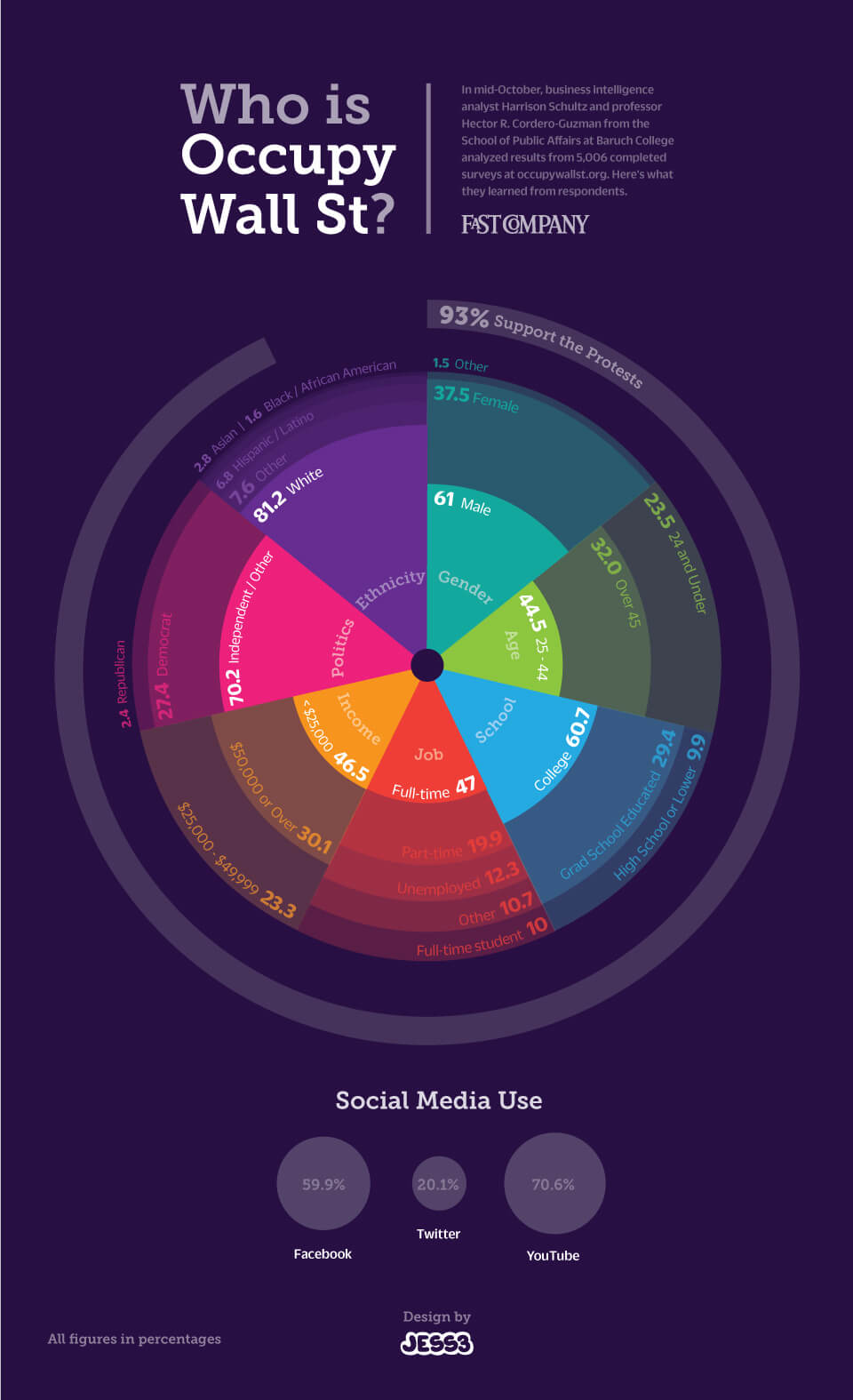 The data indicates that the movement is made up of a majority of white males.&nbsp; Joel Pollack at Big Government&nbsp;reports that this demographic information has caused a “major internal fight among Occupy Wall Street organizers.”

The data, compiled by advertising analyst Harrison Schultz&nbsp;and Ford Foundation sociologist Dr. Héctor R. Cordero-Guzmán, were intended to promote the idea, as Dr. Cordero-Guzmán put it, that “the 99% movement comes from and looks like the 99%.”

Some activists were outraged, however, that the survey results and the infographic show Occupy Wall Street to be 81.2 percent white, and only 1.6 percent black.

By comparison, the U.S. population is 77.1 percent white and 12.9 percent black, according to the U.S. Census Bureau–making the Occupy Wall Street movement disproportionately white.

The infographic, depicted below, caused instant controversy when it was shared among Occupy Wall Street organizers. One activist reacted: “81% white protestors–and you actually made a flyer proudly advertising this lie, in a multicultural city like NYC? You must be crazy and blind.”

She later accused Schultz of “insidious racism” and “white supremacy,” and demanded “serious mediation” from organizers on the Safer Spaces working group, the internal security apparatus of Occupy Wall Street.

In comparison to the fairly homogenous OWS crowd, the Tea Party&nbsp;all of a sudden looks like the paragon of diversity.