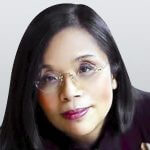 He Qinglian has written an opinion piece in the Epoch Times (behind the paywall) presenting CCP President and Chairman Xi Jinping’s recent performance regarding relations with the United States, and she provides some interesting insights.

In the past month, the United States has taken a series of harsh measures against China, which Beijing could hardly counter effectively. However, it was not until the closure of the Chinese consulate in Houston that Beijing finally realized the deterioration of U.S.-China relations was now irreversible.

I would have thought that the irreversibility was triggered with Xi’s decision to spread Covid-19 internationally rather than contain it in Wuhan when he had the opportunity, but China was hearing from their political and academic contacts in the United States that all would be well as soon as Trump was out of office. All through the season of revelations of our debauched universities and Xi’s “wolf warrior” diplomacy rippling across the world and unwittingly prompting major reversals for China like the UKs decision to stop purchases and start replacing Huawei equipment in their infrastructure, India’s decision to ban Chinese apps and the brazen and ludicrous military attack by China into Indian territory resulting in a warming of US-India relations, US statements that the presence of compromised Chinese equipment of the sort represented by Huawei’s 5G network offerings on allied infrastructure would become a barrier to the sharing of classified information by the US, increasingly aggressive CCP moves in the South China Sea driving Japan, South Korea, the Philippines, Taiwan, and Vietnam closer together in the region, and so on.

But until the Houston consulate was ordered out for mass spying on academic and industrial projects, as well as classified government projects, Xi and friends were still telling themselves that Biden would save their bacon. And he still might. But the depth and the breadth of the CCP corruption of our institutions is starting to come to light, China’s unfavorability rating has risen from 47% in 2018 to 73% in a poll published by Pew in July.

He identifies Xi’s two big mistakes as interfering in the US elections and CCP deceptions with regard to Corona-19:

Xi’s first mistake was to attempt interfering with the U.S. elections. This is not an impromptu idea of Beijing’s top leaders, but a decision based on careful planning.

The authors studied the local impact of two lists of retaliatory tariffs proposed by China, going as detailed as the county level. “The Chinese tariff lists seem optimally designed to especially agitate President Trump’s red-state base,” the report said. “After all, of the 2,742 counties with employment in the industries potentially impacted by the current Chinese tariffs, 2,247 (82 percent) of those counties voted for Trump in 2016, while just 439 (18 percent) supported Clinton.”

Data from the U.S. Department of Agriculture clearly showed that tariff increases on pork and soy products alone would have a huge impact on the red states in the Midwest. During the 2016 U.S. presidential election, among the top ten soy- and pork-exporting states, eight voted for President Trump. Those eight states were Indiana, Iowa, Kansas, Missouri, Nebraska, North Carolina, Ohio (a major swing state), and Oklahoma. (Illinois and Minnesota voted for Hilary Clinton.)

Although we don’t know the motives behind the Brookings Institution’s release of such a report, it indeed provided a strong basis for Beijing to come up with its “waiting for favorable change” strategy. In addition, the pro-China elites in U.S. political, business, academic, and media circles would certainly tell Beijing that, as long as Trump loses reelection, U.S.-China relations will continue along the original track.

In addition to hurting the economy of pro-Trump states, Beijing also intervened in the U.S. election in other ways.

The U.S. Senate Intelligence Committee has been investigating the threat of China’s interference in the U.S. election for several months, and has accelerated the pace of its investigation, with the 2020 election rapidly approaching.

On July 28, the committee held a hearing on this issue. Several U.S. intelligence officials issued warnings about China’s improvement in its ability to interfere in American politics. Some of the main concerns were the following: China is advancing its ability to interfere in U.S. local electoral systems and to influence members of Congress engaging in China policies; China is trying to disrupt private communications among U.S. politicians and all relevant candidates; and China has demonstrated the technical ability to establish political propaganda networks on American social media platforms, some of which have gone so far as to the point of disseminating false information.

U.S. Secretary of State Mike Pompeo announced at a press conference on Aug. 5 that “the State Department’s Rewards for Justice program is offering a reward of up to $10 million for information leading to the identification or location of any person who, acting at the direction or under the control of a foreign government, interferes with U.S. elections by engaging in certain criminal cyber activities.”

Why did China decide to interfere in U.S. internal political affairs, especially the presidential election?

In short, there are two reasons:

One, interfering in other countries’ internal affairs is the CCP’s political tradition.

By exporting revolutions to the world, the CCP supports political opposition forces and helps them overthrow their ruling parties. This was a political tradition formed as early as during the Mao Zedong era. It is particularly evident in Southeast Asian countries, where Beijing exploited overseas Chinese organizations, schools, and consortia to achieve its agendas. These actions triggered anti-Chinese campaigns in Southeast Asian countries several decades ago.

Secondly, as early as the 1950s, Mao was very wary of the “peaceful evolution” approach proposed by the United States and countered it with a series of strategic policies.

To make a long story short, in the 1950s, U.S. Secretary of State John Foster Dulles formally proposed a “peaceful evolution” strategy to target the Soviet Union. He pointed out that “liberation [of people in socialist countries] can be achieved through means other than war.” He expressed satisfaction with the “liberalization-demanding forces” which had emerged in some socialist countries, and placed his hope on the third and fourth generations within socialist countries.

Mao scoffed at Dulles’ theory. Since then, the CCP has paid full attention to every attempt and move toward “peaceful evolution” from western countries. China’s economic reform movement in the 1980s does not mean the CCP has ever slacked off in this respect. The only difference is that the CCP stopped using the term “Cold War.” Instead, it frequently accuses the United States and other countries of inciting “color revolutions” (in reference to uprisings in Ukraine and the Arab Spring) instead.

At the same time, the United States’ internal politics has undergone profound changes after the Cold War. Leftists have been infiltrating the education sector for a long time and almost succeeded in “color revolution” within the United States itself. In this process, what role did China’s all-encompassing penetration into the United States play? It has been going on for decades, but Americans have just begun to look into it.

If Trump had never been elected president, the Houston consulate would have rolled on forever, empowering the world’s biggest slave master on the backs of American know-how. And does anyone really believe that the well funded Communist Insurrection employing tactics pioneered by Mao Zedong underway in our cities at the same time is a coincidence? It is difficult to point a finger at the CCP when Amazon and Facebook and Google and the Ford Foundation are tripping over each other to shovel tens of millions of dollars into the Communist anarchists gutting our cities while Democrat governors and mayors take their orders, but if there is a CCP connection US Attorney General Barr will find it.

In the meantime, corporate America, pay for something and you get more of it. And the people who are murdered, robbed, burned out, raped, or beaten on your dime might never buy a Ford or an Alexa again. Xi is a mad dog, what’s your excuse?