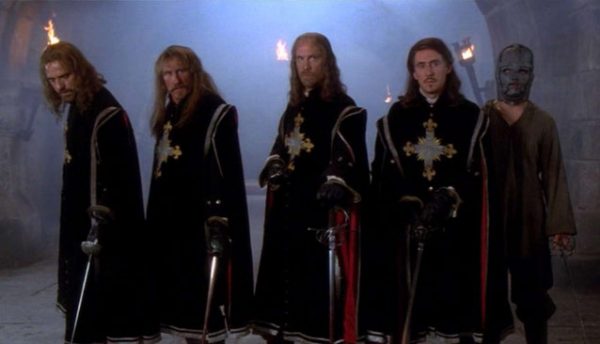 Two-time champion, Brian Watt, learned exactly how hard it is to win three in a row. Teaching that lesson (with a little help from a blind Audrey Hepburn) was J D Fitzpatrick, who earned the right to ask: What movie has the best duel? All movies should be pre-CGI. For this question, a duel is defined as a single moment of combat between two characters, with a clear resolution. Duels can be short or long, but they should display unity of time, place, and action, meaning that the contest is restricted to a particular moment in the film, not drawn out over its course.
The Rules: