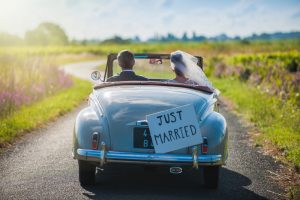 I grew up in the era of “Ozzie and Harriett” and “Leave It to Beaver.” In my formative years, I was taught that men grew up to be fathers and women grew up to be wives. Marriage was for life, except for that odd situation where a man abused a woman, or either party cheated. Sex was only proper when you loved someone. Somewhere in between first grade and high school, however, that changed. We had the Summer of Love starting in 1967, and the Vietnam War, and the integration of the public schools. Any one of those things would have been a social phenomenon, but all of them together at the same time truly upset the apple cart.

If I sound like a cranky get-your-kids-off-my-lawn old man, that’s not my intent. Integration was long overdue, and purchased in blood and toil. Women had been fighting for equal rights for decades and were not to be limited to one career choice as breeding stock. Allan Sherman explained in his book The Rape of the APE (American Puritan Ethic) that men and women had been having sex and not following the church rules for about 200 years. In fact, the myths that were sold by Ozzie Nelson and June Cleaver were already on their way out. Change is often painful, but stasis is more so. The Vietnam War put generations in conflict with each other, and it took until September 11, 2001, for that rift to finally heal with a united country. It’s taken less than 19 years for the rift to reappear.

I got my moral and religious education in Catholic school. Like being potty-trained at gunpoint, the system of indoctrination didn’t leave much room for original thinking. Marriage was for life. If you made a mistake, you could unmake it when your spouse died. If you made the bad choice of marrying someone who lived to be 94, that just sucked for you.

Except, that wasn’t really the way it was. My mother was a devout catholic who was married three times and had four children by four different men. She was living proof that Allan Sherman was right: the American Puritan Ethic was dead. Only after I left the church did I learn that with certain accommodations exceptions could be made. It was your classic pay-to-play scheme. Go through the laborious and expensive process of getting an annulment, and you could go back for round two, poorer but hopefully wiser. I began to suspect that perhaps there was a lack of consistency in how the church administered its rules. Of course, this was long before the rampant serial sexual abuse of boys in the church was disclosed, and its coverup exposed, which naturally seems to support that there might be something rotten in Rome.

I got married at 18 to the first woman I ever slept with, and it was a disaster that lasted 18 months. I believed I knew how to be happy. I tried to do everything right. But as it turns out, my wife chose me as a rebound, and when the man she had really wanted all along was free, she drop-kicked me through the goalposts of divorce like a New England Patriots football (deflated and wobbly). I joined the Army.

So there I was, a charter member of the he-man woman-haters club, and I stayed that way for three years. Then I started to date again, and my experiences were awful. One woman said she would sleep with me if I got her some drugs. A really pretty young woman with a bright smile, she was in truth vapid and uninteresting until plied with some kind of mind-altering substance. No thanks. There were a series of women, many of them younger, who simply did not measure up. Usually, they were not intellectually curious and were not driven to be better at anything. Ask them what they wanted out of life and you got an answer like “a house, a dog, and a car.” Many of them left me scratching my head wondering if I was nuts.

When I left the Army as a medic and got into civilian health care, I met lots of nurses. For the most part, they were after the doctors. Until that time, I had never realized that the bulge in a man’s pants that many women are interested in can be found only in one of two rear pants pockets. If you didn’t drive a nice car and didn’t have money for trivialities, the first date was the last date. I met several women I thought were nice, but none that really clicked.

Then in whirlwind fashion, I met and fell in love with a woman I thought was perfect. I put her through nursing school, and she put me through law school. Wow, teamwork … right? Not really. She wasn’t happy. I wasn’t happy. But we played along.

But every time things got unpleasant between us, a new child would come along. I found a great law job that required 12- and 14-hour days, and I spent six days a week working for my firm and one day a week working around the house, wearing myself into an exhausted, angry, unpleasant person. I loved my kids, but couldn’t spend any time with them. During this same time, my wife engaged in conduct that decorum prevents me from discussing. Sufficient to say that when I discovered it – something far worse than infidelity – I left. This time around divorce was so much worse. The woman took every last penny she could take. Until my children were grown, I had very little expendable income. It’s hard to have a relationship without expendable income.

I was pretty sure at 38 I would never again have any relationship. But then I learned something that I wish I had learned at 18, and that I share now because every 18-year-old should learn this. Relationships are about joy. No, they are not constant joy – no relationship except that with your Creator is. But if a relationship doesn’t bring you joy, it isn’t going to work in the long run. And if you are not bringing your partner joy on a regular basis, it won’t work either.

Sex is, unfortunately, often seen as a substitute for joy. Sex can certainly be good, and enjoyable, and can bring people in a committed relationship closer. But in a bad relationship, it’s like a temporary clamp on a severed artery. It stops the bleeding, but it doesn’t suture the wounds. And as soon as the afterglow is gone, the artery starts to hemorrhage again. There’s only so many times that patch works.

The give-and-take in a relationship can seem normal until you wake up one day and figure out you’re doing all the giving, and someone else is doing all the taking. Men do this many times to women. They get clean clothes, a clean house, children, and then spend their time and their money on themselves. If you care more about spending time with your buddies than you do with making sure your wife is fulfilled, then you’ve got the wrong attitude. While relationships are about joy, they should not be about unilateral joy. In my case, for every $1 I earned, my wife spent $1.50. She wasn’t working. But she did the spending. She took the checkbook and then complained ceaselessly about why we didn’t have money. Math was not her strongest subject.

Another problem, of course, is that many people do not understand what joy really is. A relationship becomes “okay” if there are long periods without acute pain. But the absence of acute pain is not the presence of joy. An “okay” relationship is doomed to fail.

To be successful in a relationship you have to be willing to give 75% of the time, and take 25% of the time. You probably think that’s skewed, and that people should give 50-50. But, the problem is, your perception of what your contribution is will always be inflated, and your perception of your partner’s contribution will always be undervalued. That happens because you’re human. You view things in terms of your own limited self-interest. If you really strive to give 75% effort all the time and limit what you take, and if you really try to do your best to bring joy to your spouse every day, you are likely to find that the quality of your relationship improves markedly. If you simply adopt one simple question when you have a disagreement or fight, and be honest with yourself, you’ll make a good relationship great. Ask yourself “what was my contribution to this problem?” If you’re honest, you’ll probably owe your spouse an apology. And sometimes, if you’re wise, you apologize when you don’t even really feel you’ve done anything wrong. Pride has no place in love. Apologize and try harder. If you find the other side taking more than giving, give honest definitive feedback, not vague criticisms, and do it with love. Most people are, when you get right down to it, their harshest critics, and I’ve been the most angry at my spouse in most cases when I have been the one in the wrong.

I have been married now for 20 years. My wife and I had a long-distance relationship for three years before we married. We spent a lot more time talking than touching during that early time. We got to know likes and dislikes. We found what motivated us. We found how many things were shared. As a result, we developed an emotional bond that wasn’t dependent on physical factors. When we did become physical, it was far more powerful because that bond existed before we became intimate. I am every bit as much in love with my wife as the day I saw her turn down that aisle in the church and smile that 10,000-watt smile at me. I am a lucky man. I am punching well above my weight class. My wife deserves better than me, but I try to rise to the occasion every day. My goal every day is to make her smile and make her laugh. I tell her constantly how much I love her, and I show her that love through my actions. Words are empty. Pick up a cleaning cloth and dust, or run the vacuum. Showing is more powerful than telling, always.

Do not settle for half a relationship. There’s a song we used to sing in church that said “there is always someone, for each of us they say.” There is someone for you. You might have to open your eyes and look. You might have to be more interested in talking than having sex to find that person. You are more likely to find the right person if you spend your time with them without aid of alcoholic lubrication.

You don’t know any of this at 18. Men look for a Barbie, and women look for a Ken. If what you seek is plastic, what you get is plastic. Looks and wealth are not determinants of happiness. When my wife and I married I had debts in excess of $50,000 and a job that paid close to that. I drove a vehicle my children called the USS Tetanus. I had been thoroughly wrecked by divorce. Every good thing that happened to me from that point forward came about because my wife believed in me, and always gave me more than 75% every day.