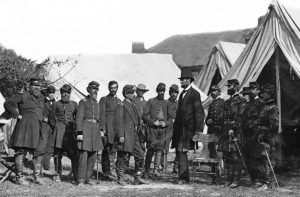 One difficulty that Abraham Lincoln had in fighting the Civil War was that he understood that if the Union won, they would then be fellow citizens with the newly defeated Confederates.  He was fighting a war against people with whom he had a great deal in common, and with whom he would have to cooperate to govern their unified country in the future.  This somewhat limited his ability to ruthlessly destroy his opponent, and made his battle planning more complex.

Yesterday’s hearings with Attorney General Barr looked to me like the Democrats don’t feel similarly constrained.  In fact, the last few decades of leftist behavior suggests that American leftists no longer feel that they have enough in common with American conservatives to make an effort to cooperate with them on, well, on nearly anything.  I find this extremely concerning.

Many Democrats openly disdain Republicans and avoid associating with them.  If a college student is outed as a closet conservative, even if it’s not true, the social stigmatizing of that student is absolutely vicious.  A girl who is set to start as a freshman at Marquette this fall nearly lost her admission to Marquette because she openly admitted that she was a Republican.  These are not isolated incidents, and they are no longer limited to academia.  Cancel culture is now mainstream.

When you add the vicious social stigma to the literally vicious new militant wings of the Democrat party, like Black Lives Matter, Antifa, NFA, and so on, you end up with an extremely hostile environment for Republicans.  Republicans no longer feel welcome in their own country. 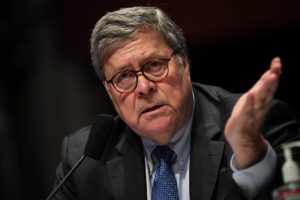 “This is the first time in my memory that the leaders of one of our two great political parties, the Democratic Party, are not coming out and condemning mob violence,” he said. “Can’t we just say the violence against the federal courts has to stop? Could we hear something like that?”

The room was silent. The attorney general challenged their loyalty, and not a single Democrat objected. For them, it was just another day at the office.

This trend did not start with President Trump.  This sort of thing was starting when I was in college in the late ’80s; it’s much, much worse now.  Democrats and Republicans used to be friends, neighbors, and fellow citizens, but over the past few decades, Democrats appear to have reached the conclusion that they don’t have enough in common with Republicans to make any effort to cooperate with them in any way.

The Civil War appears almost civil by comparison.  That’s an exaggeration, but not by as much as I’d like.

I don’t see how this can end well.