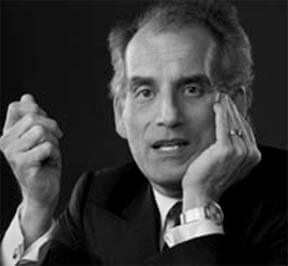 My father replies to your comments.&nbsp;

In a very bravura passage, David Hume writes that “if we take in our hand any volume of divinity or school metaphysics let us ask this question, does it contain any abstract reasoning concerning quantity or number? No. Does it contain any experimental reasoning concerning matter of fact or existence? No. Commit it then to the flames, for it can be nothing but sophistry and illusion.”

&nbsp;What of Hume’s own remarks? Not so good. Hume was an early victim of the Vise, the circumstance that attends a philosopher who finds himself squeezed between the premises and conclusion of an argument by which he attempted to squeeze others.

In the Tractatus, Wittgenstein found himself in almost the same vise. The universe, he argued, is reflected in the true propositions of the natural sciences. Other propositions are quite without meaning. What about the argument by which this imperative is enforced? Is it&nbsp;quite without meaning? If so, why pay it any attention, and if not, what of the distinction it enforces? The Vise again, one might think. But Wittgenstein urged his readers to regard his argument as a ladder which they were free to kick away once they had grasped its point.&nbsp;&nbsp;

Vise and Ladder run right through analytic philosophy, from A. J. Ayer’s Language, Truth and Logic&nbsp;to Alexander Rosenburg’s argument that science settles every case and so evens every score.

Mathematical physicists have found their own noses in a good many vises, and they have appealed to a good many ladders to get them out.

Citing somebody with satisfaction, Outstripp remarks that “philosophy is what you do until you understand something well enough to do science.” A familiar enough complaint. The scientists get things right, the philosophers get things confused. Everyone who takes philosophy seriously has had a similar thought. Down with the philosophers and let us burn their books. Enter the Vise. And the obvious argument that follows.

How is it possible, Jordan Rodriguez would like to know, for something to come into being from nothing? I am not sure that this is properly a pre-Socratic question — who knows what those people really meant — but whatever its origins, the obvious answer is that it is not&nbsp;possible. That is why philosophers are so fond of asking it. Theologians too. Physicists who argue that it is&nbsp;possible invariably fudge on the matter of nothing by identifying nothing with something, such as a listless and empty quantum field, or some other universe from which our universe has tunneled in grateful relief. Physicists such as Vic Stenger have made the something for nothing switch with all the aplomb of stage magicians releasing a flock of doves from their underwear.

Am I suggesting that it would do the physicists a world of good to read what philosophers have said on this question, and to understand that the question itself has a long, a troubled, history?

If Outstripp endorses the thesis that philosophy is the prerogative of those who fail to understand physics, David Williams goes him one better, reserving philosophy for those who do not understand mathematics. Expressing himself nicely in precisely ninety-four words, he finds himself suspicious of words themselves. Whereupon another turn of the screw, a tightening of the vise. Like so many others – he is in good company, at least – he is ascending a ladder he proposes to kick away. His suspicion of philosophical confidence is itself expressed with some considerable self-confidence, I must say.

Haakon Dahl asks for a better definition of the philosophy of physics. Philosophers of physics do not do experiments in physics nor do they create theories within physics. I suppose that they take whatever is left over. Whatever it is, there seems to be a lot of it.

What happened before&nbsp;the Big Bang. This is what Nunov Yerbiz would like to know. Me too. No one knows. The Big Bang marks the point at which physical theories start to stutter. Physicists often say that space and time began with the Big Bang. But as Mr. Yerbiz notices, this is hardly a coherent position. To ask for the time that time began is a little like asking for the length of length. The measure has been applied to itself. The Vise is at work here too. In order to say that space and time began, physicists must renounce the old, comfortable sense that while things may begin or come to an end, beginnings and endings make sense only against the context of an antecedent temporal flow. If the Vise is evident, so is the ladder. Climb it up, the physicists say, and then give up what you is troubling you. Not so easy to do. How would knowing more mathematics help, I wonder? Are these sorts of questions mathematical? They appear all over again when physicists argue that space and time are not even fundamental physical categories. The jiggling fundaments lie elsewhere; and from them, space and time may be derived. That may be so within a particular theory, but the theory must be understood against the background of what can only be called the instinctive human sense that whatever the derivation in theory, space and time remain fundamental. Kicking away this ladder involves kicking away the very intuitions by which things are in the first place judged. Better to give the theory a kick, no?

It is this, perhaps, that motivates some physicists, at least, to search for physical antecedents to the Big Bang – quantum states, universes before our own, the exotica of an active imagination. The unacceptable conjecture is the one favored by most of the human race from time immemorial. John Haldane touches on some of these points in his First Things&nbsp;review of Stephen Hawkings’ most recent book. It is a good, but an obvious, review.

Dogsbody offers a nice sense of the strangeness of current cosmology as cosmologists make the attempt to scuttle back past the beginning of space and time in order to assign the universe a cause at a time before time began. Can they really get away with it, his post seems to ask? It is exciting to see this sense of skepticism on the pages of Ricochet for in a very modest way, it reaffirms power relationships that should never have been allowed to lapse. It is the common beliefs of mankind against which physical theories are judged, just as it is the common judgment of mankind against which art is assessed. The ladders cannot be kicked away. They are unkickable.&nbsp; Some of our beliefs may need to be given up; but not all and some never.

Dogsbody suspects that I suspect what he suspects: And he is right. In asking for an account of pre-Big Bang cosmology, physicists are attempting to flee from a story that they have heard but do not like. They make little attempt to disguise their aversion either. I am not at all certain that I would endorse the conclusion that K.T. Cat takes from cosmology. He hardly needs Stephen Hawking to approve of wine and women.

Mathew Bartle asks whether physicists ever pay any attention to philosophers. If not, what does philosophy add to physics? But this is to distort the history of thought. Einstein thought very seriously about philosophy in reaching the conclusions that he expressed in his theory of special relativity; so did the great figures in quantum mechanics. The stuff is everywhere and no matter their vigorous contempt for philosophy, the physicists are covered with it.

Herkybird has offered Ricochet a subtle and difficult comment. Whatever Vico may have said, I do not think that mathematics is something man-made. Made by whom? When? Mathematics has been discovered, but made? How on this view, to account for its necessity? Mathematics has none of the arbitrariness we expect of a human artifact. Shakespeare made Hamlet and he might have written to see or not to see, instead of to be or not to be. No mathematician can do as much for mathematics. But then there is the stunning remark: ‘It may be, in the end, that our biggest obstacle in understanding the cosmos is that we didn’t make it.’ Wonderfully put.

As for those two clouds that Outstripp mentions: Merge two clouds and you get a bigger wetter cloud. Separate them, and it is the reverse. But something is not emerging from nothing. Clouds, gases, stuff such as mud, flowing lava, justice, beauty, are all difficult to count because they have no obvious standard of individuation. The question how many muds is meaningless, and even if they do, they tend to lose their individual properties under stress – witness those clouds.

Not JMR has taken a crack in two hundred words at what is a notoriously difficult problem. Some of what he says is right. There is a connection between entropy and the arrow of time. Lubos Motl writing on his own blog, The Reference Frame, regularly abuses other physicists in his own inimitable but incompetent brand of English for not appreciating the connection more robustly. I have nothing intelligent to say on the question.