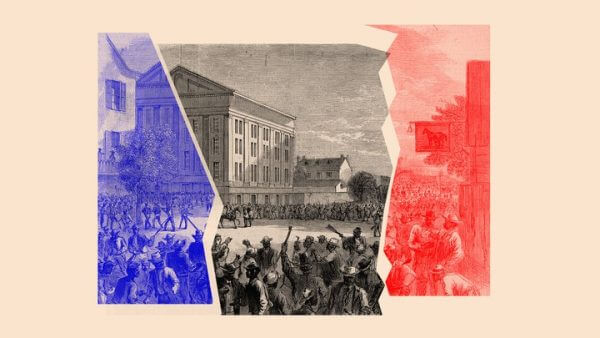 The next period of Reconstruction must contend with the effects of the prior era’s deconstruction. America’s undoing of interim progress has only added to the weight of history and increased the burden for future generations. The unmitigated injury of slavery and racism did not end with abolition or the civil-rights era; instead, like interest on debt, its impact has compounded. The upshot of this is that continued inaction and delay amount to opportunities lost, and will make racial justice ever more difficult to achieve.

In addition, a Third Reconstruction will require many things, three of them vital: truth, reconciliation, and recompense. At no point in American history has there been a major national effort toward achieving any of these things separately, much less collectively. But we have no shortage of models for doing so. Many governments and universities have inquired into their ties to mass atrocities. The United States, too, should establish formal means to unearth and understand the enormity of state-sanctioned repression, dispossession, exploitation, and violence toward Black Americans, as well as the extent to which the remnants of those ills persists in our economic, political, and legal systems today. Only then will the nation be primed to engage in the long-overdue discussion about how to restore the human dignity stolen and to repair itself. (On this, too, thereisnoscarcityofideas.) The task will be made much more difficult because we suffer from a collective amnesia, and now operate in a post-truth world. But without accurate accounting of and penance for the original sin and its progeny, we’ll get nowhere.

History has revealed a recursive white weariness from trying to solve “the Negro Question.” The work of reconstruction will be less exhausting—and the results far more stable—if everyone participates in crafting the solution. It’s not enough for elites to design a project and dictate its terms and conditions. Instead, achieving meaningful progress will require us to join together “in the work of remaking this nation … block by block, brick by brick, calloused hand by calloused hand.”

And, finally, on color blindness: Acknowledging race is necessary. Identifying its impact is necessary. Drawing on it to fashion solutions—solutions to problems caused not by Black inferiority, but systems infected with virulent, mutating strains of white supremacy—is necessary. The Supreme Court may have dismantled Plessy v. Ferguson, but through its insistence on the charade that is constitutional color blindness, it has warped a 19th-century conception of progress and has left 21st-century America leaning on a faulty pillar. Healing racial wounds may demand race-sensitive ointments, and a successful Third Reconstruction requires us to pursue that possibility.

In our contemporary context, any talk about a “Third Reconstruction” is reparations by another name.

In our current cultural context, any talk about a “Third Reconstruction” is reparations by another name. Moreover, reconstruction a morally-loaded term– one of authority and obligation– to justify another massive program of government interventionism on behalf of blacks. The author thinks that by arguing for another reconstruction, he’s an advocate for improving black progress. Maybe he wants to take advantage of the moment where racial deference is en vogue.

However, like most racial dispensations whose purpose is leveraging the reclamation of moral authority, this ‘reconstruction’ asks nothing of blacks. The lack of black obligation to contribute to be active contributors to their own fate continues the stain of black helplessness. Consequently, this idea is about trying to facilitate the purgation of the guilt of white racism than about black development, advancement, and self-determination– by the strength of their own hands– in the age of freedom.