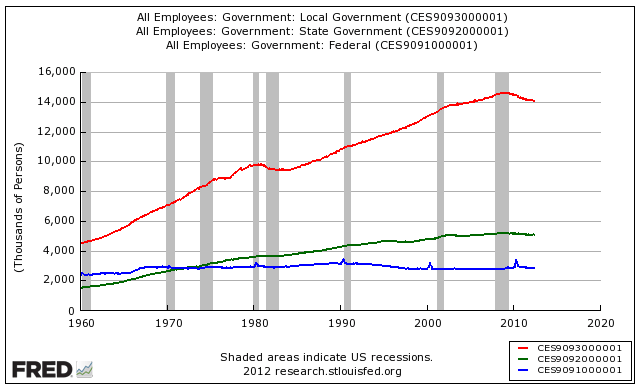 Republicans and Democrats agree: you’re not paying enough taxes. And they have a way to make sure you pay more: taxing all those songs you buy on the internet.

A wave of states, including Virginia, have passed laws that will require consumers to pay sales tax on all Internet purchases as soon as next year. Other states and the District are pursuing similar measures. And in Maryland, [head of the Democratic Governors Association] Gov. Martin O’Malley (D) wants to go further and levy a tax on songs and other digital products bought through popular sources such as iTunes.

This is bipartisan delusion. iTunes taxes and Amazon taxes are not the source of revenue groups like the NCSL claim they are, and what’s more, acceptance of them represents Republican surrender on the battle against the growth of government.

The Republican push on internet sales taxes is a good example of how most politicians in both parties are unwilling to alter the growth in the size of government at the state and local level. This growth has been on a steady rise until the most recent recession, with only one prior downturn in the past half century. Red is local, green is State, blue is Federal:

Democrat and Republican governors alike don’t want to disturb this, but need dramatic revenue increases in order to meet the obligations of state pensions and other expenditures.  One of the obvious sources of revenue: online sales taxes, which have always been on the books, but the collection of which is nearly impossible in the internet era. So Senate Republicans have gone further than even their Democrat partners on this issue in proposing harsh caps and requirements on collections, even for companies with as little as a half million in gross annual receipts.

This is why Republican governors – including Chris Christie, Nikki Haley, Paul LePage, Mitch Daniels, Rick Snyder, and Terry Branstad – have all endorsed the idea of internet sales taxes.  Most are seeking a federal solution, because state level responses haven’t been able to withstand constitutional challenges.  (The North Carolina law, which was tossed in October 2010, required Amazon to report on every purchase made by North Carolina residents to the government.) Amazon itself supports the federal solution, because they’ll actually make a tidy profit off of it. These governors (and their big-box store supporters, primarily Wal-Mart) point again and again to the idea of tax equity – that it’s unfair for physical locations in their states to have to charge higher prices, collecting sales taxes, while online retailers underprice them.

The other argument Republican governors have advanced is that they need these revenues to keep other taxes from going up. Jeb Bush recently endorsed the idea for this reason:  “It seems to me there has to be a way to tax sales done online in the same way that sales are taxed in brick and mortar establishments,” Bush wrote to Scott. “My guess is that there would be hundreds of millions of dollars that then could be used to reduce taxes to fulfill campaign promises.”

That sounds nice. It is also something that, in practice, has never happened. The revenue has gone straight back into state coffers… when there’s been revenue at all.

“Contrary to the claims of supporters, Amazon taxes do not provide easy revenue. In fact, the nation’s first few Amazon taxes have not produced any revenue at all, and there is some evidence of lost revenue. For instance, Rhode Island has seen no additional sales tax revenue from its Amazon tax, and because Amazon reacted by discontinuing its affiliate program, Rhode Islanders are earning less income and paying less income tax.”

There are three major flaws with what Republicans are doing here. First, they’ve accepted the Democratic definition of “cuts”, as if expectations were more than dots on a chart.  Second, they’ve implicitly bought into the factually bereft Niskanen/Hayward opinion that “raising taxes may be the most effective way to reduce government spending” – as if there will be no future administrations to spend this new revenue on new projects, putting states back in the same predicament.  And third, they’ve accepted their role as tax collectors for the pension/entitlement state, unwilling to take political penalties from cutting government employment or Medicaid.

One more thing: if tax equity were the true goal of any of these governors, wouldn’t a much easier step toward it be following the approaches of the five states which eliminated sales taxes entirely? But no state, under Republicans or Democrats, has ended a major tax since 1980. Oklahoma came closest, this past year, but failed to do so. I wouldn’t expect any other state to do so, any time soon. And state governments will continue their growth pattern, perhaps with a major bailout from the federal government.