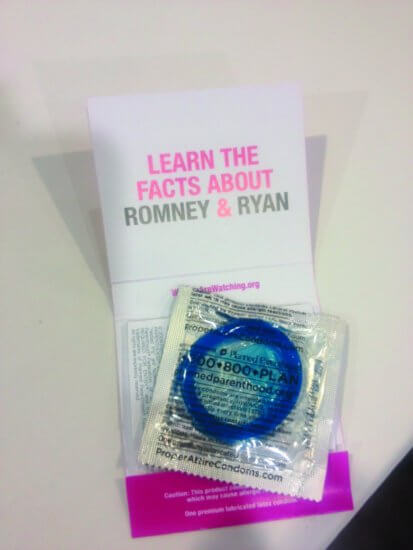 The Washington Examiner toured the Democratic National Convention this week, and reported on all the nice toys and playthings they were handing out on the floor. They found a rep from Planned Parenthood, who was passing out blue condoms while shouting “Protect yourself from Romney and Ryan.”

They also found someone wearing a cute little campaign button with the slogan “Sluts Vote.” Apparently, the button was designed to support the famous subsidized birth control advocate Sandra Fluke.

Ah, those Dems… They’re so subversive!

* Thanks to Mollie Hemingway and all the gang here for the opportunity to blog this week, and a special thanks to all of you highly-engaged Ricochet readers, who made it a blast.