Somehow (how did I miss this?), it appears that Hillary Clinton (a woman of little accomplishment, who came to prominence only as an adjunct to her faithless, lying spouse, and who has managed to hog the spotlight ever since), has gotten another book published.

Wait. Silly me. There’s no “somehow” about it. Hillary has all the free time in the world, since she’s not, and thankfully never will be, President of the United States (not that she’s given up on the slog), and I can’t imagine her and Bill hooking their Airstream Classic to the back of their super-charged Chevrolet Silverado 3500HD and spending their declining years tooling amicably around the country together, anytime soon. (Note to self: If ever the Divine HashSlinger comes around seeking advice on punishment-in-the-eternal for especially deserving couples, this would be a good one!)

What’s fusseled my boogie this morning? Thanks for asking. 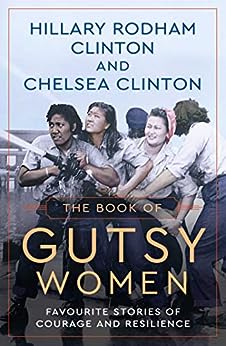 Now, I’m not going to second-guess, or cast asparagus on, Hillary and Chelsea’s selections for this book (I’ve never heard of most of them, but I’m sure they’re all worthy. After all, Greta’s in there). But not bloody likely. Not going there. Nuh-huh. I don’t want an outraged mob of pink-pussy-hatted women coming after me like white-on-rice (Lord, please don’t let that set them off), and doxxing me on Twitter. (The little man who sits on my shoulder, whispering into my ear that I am mortal, has just reminded me that I don’t have a Twitter account. Factor that in, please.)

But I am going to draw attention to Hillary’s contention that one woman, in particular, wasn’t “gutsy” enough to include in her book. This woman: 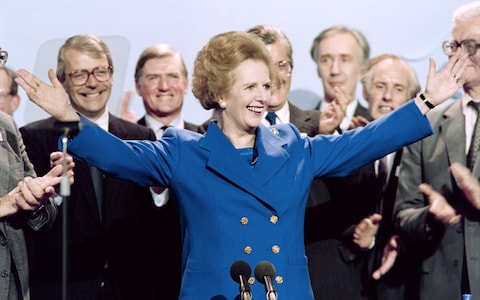 It seems that Hillary (and her little mini-me, who allegedly “co-wrote” this farrago of nonsense with her) don’t find this woman’s record on “knocking down barriers for others and trying to make a positive difference” to be significant enough to include her in the book.

lol. (I have to confine myself to “lol-ling” about such an absurd claim in order to avoid the other head-banging possibility, with is something more like “incandescent with rage.”)

So, in that gentle spirit, today I’m announcing the first recipient of the annual “Not Gutsy Enough For Hillary Clinton Award” (AKA “The Green-Eyed Monster Award”): Duly-elected leader of the Conservative party and (thrice) Prime Minister of Great Britain, Margaret Thatcher.

Published in General
Tags: Maggie beats Hillary like a drum