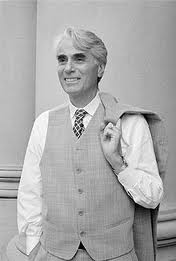 Preparing for episode of Uncommon Knowledge on higher education later this week–my guests will be Joseph Epstein, author of “Who Killed the Liberal Arts?”, and Andy Ferguson, author of Crazy U–I came across this article by the late Robert Nozick.  A libertarian, Nozick wrote Anarchy, State, and Utopia, one of the most powerful books I have ever read.  Somehow, though, I had never before come across this essay, “Why Do Intellectuals Oppose Capitalism?“

Nozick’s answer?  Because they did so well in school.  To wit:

“By intellectuals…I…mean…those who…deal withideas expressed in words, shaping the word flow others receive.  These wordsmiths include poets, novelists, literary critics, newspaper and magazine journalists, and many professors….

“The schools told [intellectuals]…they were better….To the intellectually meritorious [students] went the praise, the teacher’s smiles, and the highest grades….The wider market society, hwoever taught a different lesson….There the intellectual skills were notmosthighly valued.  Schooled in the lesson that they were…the most deserving of reward…how could the intellectuals, by and large, fail to resent the capitalist society which deprived them of the just deserts to which their superiority ‘entitled’ them?  Is it surprising that what the school intellectuals felt for capitalist society was a deep and sullen animus…?”

Nozick is on to something here, no?