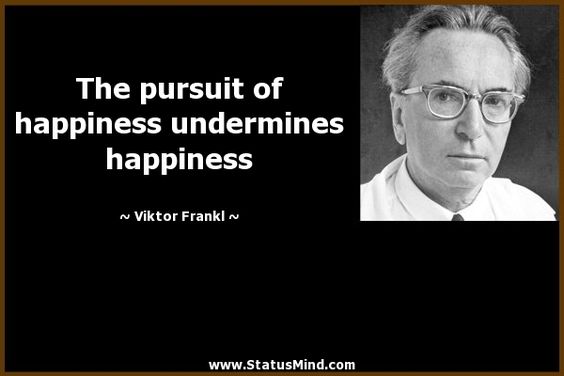 Victor Frankl was a Jewish psychologist who somehow managed to survive the Nazi Holocaust. He is an impressive figure and below is a quote from his book,

I wish to stress that the true meaning of life is to be discovered in the world rather than within man or his own psyche, as though it were a closed system. I have termed this constitutive characteristic “the self-transcendence of human existence.” It denotes the fact that being human always points, and is directed, to something, or someone, other than oneself—be it a meaning to fulfill or another human being to encounter. The more one forgets himself—by giving himself to a cause to serve or another person to love—the more human he is and the more he actualizes himself. What is called self-actualization is not an attainable aim at all, for the simple reason that the more one would strive for it, the more he would miss it. In other words, self-actualization is possible only as a side-effect of self-transcendence. –Victor Frankl

Martin Luther referred to G-d’s grace as being able to free man from the prison of the self. Theodore Dalrymple discusses people as being imprisoned in the eternal endless now. King Solomon mentioned that seeking a life of pleasure and wealth was ultimately vanity and vexation of spirit. This has been going on for along time.