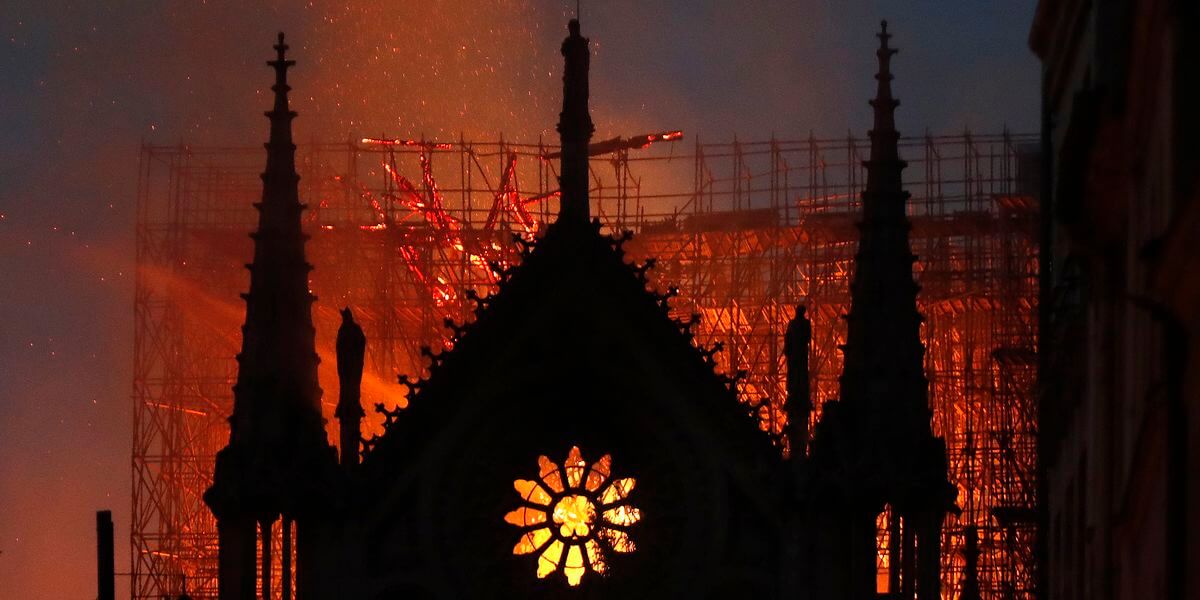 My father is safe, but he’s been evacuated—indefinitely—so he’s sleeping in my bed. I’m sleeping in the attic. “It’s twenty years, I’ve been looking out on Notre Dame. That building is completely part of my life,” he said, before falling asleep.

It’s devastating. To walk across the Seine and not see the spire is devastating. To some extent, you know the feeling: it’s like seeing the Twin Towers in flames. A sense at once that it cannot be happening, and yet it is. I’ve just heard that the rose windows — built in 1260 — exploded. They are lost I feel a grief I can’t describe: They won’t be there for the next generation. Passed on, and passed on, generation after generation, and now, forevermore, people will see replicas of those windows. Reconstructions. With a plaque that explains there was a fire.

In the crowd, as we watched it burn, someone tried to rally spirits by singing the Marseillaise. I joined him. We got to “L’étendard sanglant est levé,” and someone said, “Bah oui,” and then we both fell silent.

There is some good news: they have saved the structure. The North tower has been saved. There is bad: a fireman has been severely injured. The roof has almost entirely been destroyed. The upper rose windows have melted.

I tried to describe what I was seeing to my father, but couldn’t. “We use the word ‘cathedral’ as a metaphor for everything,” I said. “What metaphor do you use for this?” I pointed at the cathedral in flames.