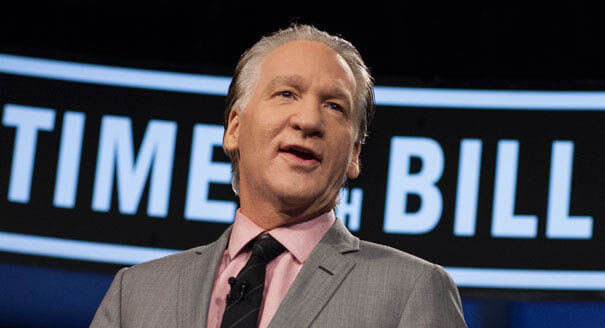 There are few media figures more predictably liberal than Bill Maher. He’s always the first to add a smirk to a DNC talking point then sell it as a joke. The audience hoots and claps since laughter is never the goal of a Maher punchline. His routines just mark the territory around allowable progressive thought.

The Venn diagram of Maher fans and MSNBC viewers can be drawn with one circle, so the comedian’s open letter is sure to grab the anti-Christie network’s attention:

Whatever we had is not working any more. You’re obviously interested in another man: Chris Christie. You’re obsessed with him. So I wanted you to hear it from me first. I’m going to start seeing other news organizations. I’ll miss what we had. It was a rocket ship ride. We were both passionate flaming liberals and we didn’t care what the world thought of us. It was a glorious time. We finished each other’s Sarah Palin jokes. But now we never talk about any of the things we used to talk about: global warming, gun control, poverty… All because Chris Christie came along and put you under his spell.

Look at yourself. You’re turning into Fox News. Bridgegate has become your Benghazi, and this isn’t easy to say, but you and I are no longer on the same news cycle. Sure, you read me the results of a recent Gallup poll, but you never really ask me how I’m feeling. It’s not you, it’s… Chris Christie.

“Turning into Fox News?” To Rachel Maddow, et al., this is a mushroom cloud. Comparing wayward traffic cones with dead Americans in Libya is typical progressive spin, but don’t be surprised if Maher’s warning shot has quick repercussions in MSNBC’s coverage.

He’s warning the network that their Bridgegate obsession is making the left look bad. If they’ve lost Maher, they’ve lost many of their other viewers. MSNBC will be eager to change their focus.