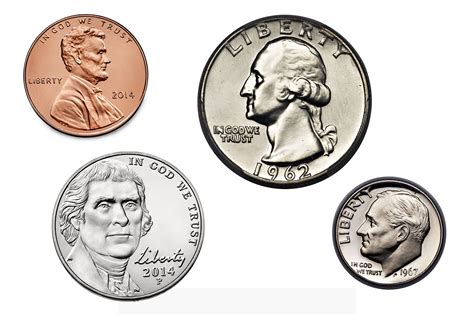 Have the American people venerated certain dead presidents? If so, what has happened to that veneration? From our coins, to our classroom walls, to the stories we tell, have we seen a sort of secular iconography, challenged by political iconoclasts?

Dennis Prager has long held that America has a unique value system, which he styles “The American Trinity.” The American Trinity is on our coins: “E Pluribus Unum,” “In God We Trust,” Liberty.” Looking at our four most common coins, we also see four presidents: Washington, Jefferson, Lincoln, and FDR.

Perhaps you remember portraits of Washington and Lincoln hanging in grade school classrooms. If you are Generation X or older, you likely learned generally positive things about Washington, Jefferson, Lincoln, and FDR. Go back far enough, and you may have seen portraits of FDR hanging in homes and public spaces, where people identified him as on the working man’s side.

Remember the Merriam-Webster definition of veneration:

1 : respect or awe inspired by the dignity, wisdom, dedication, or talent of a person

2 : the act of venerating

3 : the condition of one that is venerated

For most of our nation’s history, George Washington was revered as the father of his country. He was acclaimed as a leader by his ambitious peers. He not only was the commanding general of the victorious Continental Army, he also repeatedly declined opportunities to be president for life, a kind of monarch. While the Constitution originally had no term limit on presidents, President Washington’s example had such moral force that no one dared run for a third term until FDR. For his selfless and competent leadership, the American people venerated George Washington.

Thomas Jefferson was a more ambiguous case, as he represented one half of the original partisan political division in the United States. However, he was celebrated as the author of the Declaration of Independence. He may have achieved veneration in the 20th Century, with judges selectively appropriating his writings to impose upon the 1st Amendment a secularist favoring gloss. He is still  cited by politicians in black robes as authority for restricting religion in the name of a “wall of separation.” For many years, this political utility overrode concerns about his slave-holding and even sexual exploitation of one or more slaves.

Abraham Lincoln’s portrait was frequently paired with Washington’s, telling a story of the two great episodes of national salvation, first in liberation and then in the preservation of the union. Both were honored with national holidays celebrating their birthdays. Of course, Lincoln was not so favored in the former Confederate states, and there were deep reservations about the constitutionality of actions he took to suppress opposition to the war in the Union. However, his assassination, by a man who wanted to save the Confederacy through political destabilization of the Union, made Lincoln a secular martyr.

Today, “social justice” iconoclasts attack Washington and Jefferson as irredeemable dead white male slave owners. Period. Full stop. End of discussion. Lincoln is problematic because white rescuers of people of color perpetuate the narrative of white virtue and black powerlessness or reliance on white patronage. Further, there are quotes, accurate as far as they go, showing Lincoln prioritized national unity over the abolition of slavery. In an unsubtle era, this criticism may link elements of the left and right, even as they denounce each other.

This leaves FDR. However, his veneration has always been more limited, signaling the politics of the beholder. He was hailed as the savior of the nation, first from the Great Depression and then from Imperial Japan and Nazi Germany. The American people confirmed this opinion in allowing FDR to violate George Washington’s unwritten constitutional provision: no president shall serve more than two full terms. The American voters chose FDR four times.

Yet, from the beginning there was clear political opposition and claims that FDR was a would-be tyrant, seeking to distort the Constitution to his Progressive vision. This opposition was limited in its effectiveness, both in FDR’s presidency and in the shaping of his historical image. Since the historians and political scientists, who write the books and shape teaching, overwhelmingly are on the left, FDR has remained iconic.

Although he accumulated more power into the federal government and its executive branch than any previous chief executive had done in peacetime, Roosevelt did not become a dictator. He worked within the constitutional order, not outside it.

Of equal importance (although this is a subject Alter ignores), he stimulated mass political organizing among the poorest of Americans and persuaded millions of them to cast their votes for the first time. Much of what came to define the New Deal, such as the Social Security Act and the National Labor Relations Act, would not have been possible without this democratic surge from below. By 1936, when the popular mobilization for Roosevelt crested, America could once again pride itself on its democratic character, a development that would be critical to America’s ability, in the 1940s, to claim leadership of the global effort to defeat fascism.

While the left is not abandoning the New Deal legacy, FDR may be insufficiently politically correct. Yes, his memorial reflects a remaking of the man into a representative of the disability community. However, he is still a dead white male, and he was the leader of a party that relied upon a white supremacist wing for electoral majorities. So it was inevitable that we would read “Is it time for progressives to stop venerating FDR?” His crimes:

1. Opposition to violence against African Americans, as in the Black Lives Matter movement. […]

2. Rights of immigrants, documented and undocumented, especially with regard to Latinos. Somehow, it’s not widely known that the Roosevelt administration engaged in the largest mass deportation of immigrants in American history, expelling hundreds of thousands — perhaps up to two million — of people of Mexican descent who were residing in the United States. […]

3. Sympathy of the plight of refugees. FDR was not willing to spend any significant political capital to help Jewish refugees from Europe. […]

In reflecting on the course of four presidents’ rise to veneration and fall from civic grace, a line from Kipling’s poem “Tommy” comes to mind:

As my wise eldest sister reflected, we go too far in ascribing both good and bad, both blame and praise, to our fellow human beings. As we reflect on past presidents, might we venerate some for attributes worthy of emulation, even as we venerate religious figures titled “Saint?” We are not invited to worship saints; they are not gods. Rather, we are encouraged to contemplate their lives, so that we might emulate those worthy of veneration.