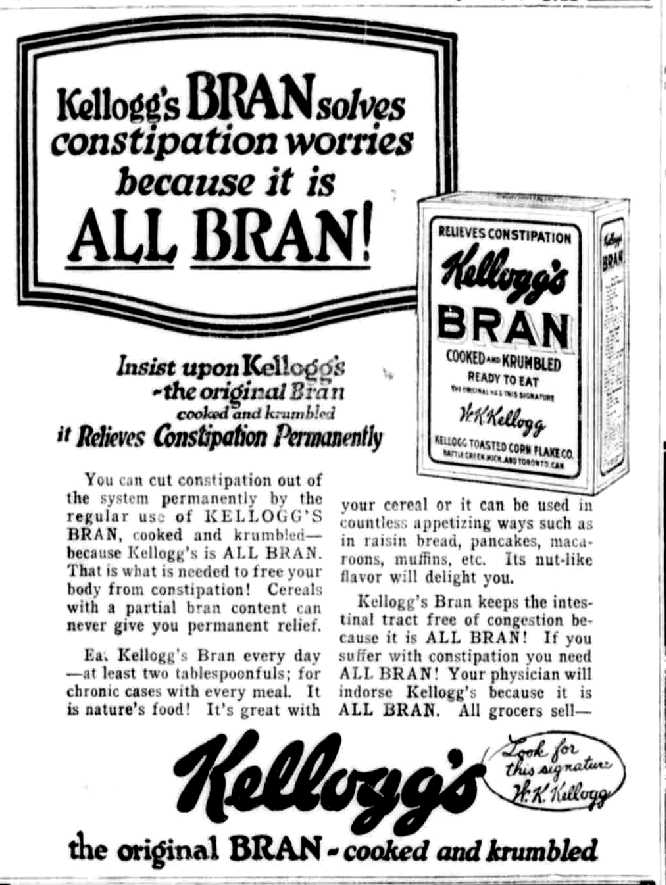 That is not just a belief of our ancestors. Listen to any “health food” or “alternative/ natural medicine” pitch. “Gut” health is going to come up. What is a cleanse? We still hold a gut instinct that our digestive system is the center of our health. Of course, that belief has a sound basis, as digestive health links to nutritional efficiency, and when things go wrong, we can take a very bad turn.

All of which leads inevitably to the delicate subject of the end product and the delicate tissues engaged. Skipping past the various products pitched to get things moving or slow things down, we all understand the job isn’t over until the paperwork is done.

Toilet paper manufacturers have had to balance strength and softness. Coarse paper was just unpleasant to use repeatedly. On the other hand, no one wants the stuff coming apart mid-application. Charmin seized on the softness pitch back in the 1960s.

From 1964 to 1985, and over the course of more than 500 different TV commercials, America got to know nit-picky (and hypocritical) grocery store manager Mr George Whipple. The man’s existence was defined by his need to keep all the customers (particularly women) from squeezing the Charmin toilet paper — something everyone was apparently compelled to do.

Mr. Whipple was reinforcing the visual message conveyed by Charmin‘s 1953 addition of “a baby graphic to its packaging to symbolize the gentle softness and quality people had come to enjoy.” According to Charmin, Mr. Whipple retired in 1985 after 20 years. We are told Charmin said a final farewell to Mr. Whipple on 19 November 2007. Which brings us to the bears.

In 2000, Charmin went there, answering in the affirmative that bears do indeed [expletive] in the woods. “A new animated advertising campaign was launched, called “Call of Nature,” featuring a bear in the woods experiencing the comfortable feeling of Charmin.” The next year, there was a whole bear family, with a papa, mama, and three cubs.

The whole family was fluffy, well rounded, and oh-so-friendly appearing. They pitched the idea that Charmin was not only soft, but also strong enough, and textured to clean without leaving bits behind.

Now, this is all very good and well. It is deliberately cute but to the point. But are we to accept Charmin’s official history? Those are some very sleek, very well-fed bears. Not a bit hungry.

So, I ask you, what really happened to Mr. Whipple?