Because we are Americans and our hearts bleed red, white, and blue.

We are one people. We are one family. And we are one glorious nation under God. 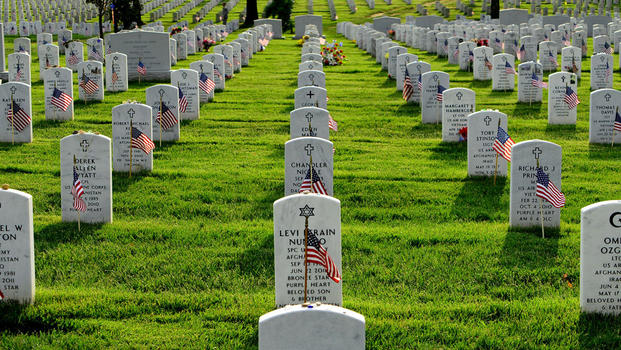 You cannot search on “Trump” and “Jewish” without opening a sewer of ancient hatred, with Trump portrayed as a puppet. Some of the monster’s screeds were captured by Robby Starbuck before they could be scrubbed from visible social media space:

Posts from the suspected Pittsburgh shooter Robert Bowers. He hated Trump and thought Trump was controlled by Jews. This monster is an unhinged anti-Semitic terrorist. pic.twitter.com/sjb2k6ucwb

The President returns the monster’s hate, with righteous interest: (starts at 14:30). (The transcript is in all caps.)

YOU WON’T THINK THIS WOULD BE POSSIBLE IN THIS DAY AND AGE, BUT WE JUST DON’T SEEM TO LEARN FROM THE PAST. OUR MINDS CAN’T COMPREHEND THE CRUEL HATE AND TWISTED MALICE THAT COULD CAUSE A PERSON TO UNLEASH SUCH TERRIBLE VIOLENCE DURING A BABY NAMING CEREMONY. THIS WAS A BABY NAMING CEREMONY AT A SACRED HOUSE OF WORSHIP ON THE HOLLY DAY — ON AN HOLY DAY. ANTI-SEMITISM AND THE WIDE SPREAD PERSECUTION OF JEWS REPRESENTS ONE OF THE UGLIEST AND — UGLIEST AND DARK — THIS MUST BE CONDEMNED AND CONFRONTED EVERYWHERE AND ANYWHERE IT APPEARS.

He delivered this professionally-written portion stiffly, almost flatly. Transitioning to his prepared FFA remarks, the President extemporaneously circled back, demanding the death penalty, in the midst of his compliments to the FFA members. President Trump then brought out a rabbi and pastor to pray. The pastor did a fair job, but the rabbi nailed it: this mass-murder is not crazy, it is evil. The well-mannered young people of the FFA responded appropriately.

It has been my impression that President Trump, with his young grandchildren, has a particularly visceral respond to threats against small children. The mass-murderer stormed into a synagogue because that was where he could kill as many Jews as possible, and he happened to shoot up a congregation as they celebrated the naming of a baby. I think President Trump’s military and law enforcement leaders have to restrain his desired actions on such occasions.

President Trump wants the killer dead, soon, all nice and legal. With Scott Johnson, “President Trump speaks for me.” John Hinderaker, after pointing out the frustrating tangle the left-wing legal community has placed in the way of effective death penalty enforcement, walks up to the edge of advocating police street justice:

What I don’t understand is, why is Robert Bowers still alive? He killed eleven people and engaged in a shootout with police officers, wounding four of them. He obviously was using deadly force, and the police were fully justified in applying deadly force in response. If they had simply kept firing until there was zero chance of his remaining a danger, we wouldn’t have to worry about a criminal prosecution, and Bowers wouldn’t be given a megaphone to make his twisted views public for years to come.