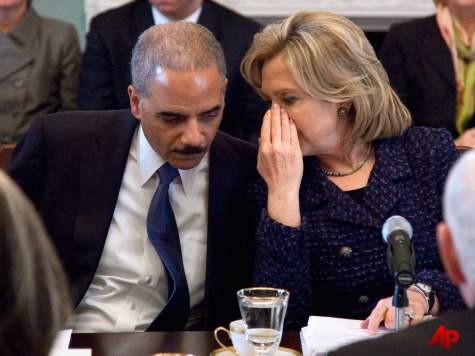 P.J. O’Rourke’s 2004 tongue-in-cheek titled book Peace Kills lampooned American foreign policy saying “imperialism has never been so funny.” He took the reader globetrotting while pointing out what happens when America tries to have a war “without hurting anybody” (Kosovo). Visiting Egypt in the aftermath of 9/11 he said: “There is a question that less sophisticated Americans ask (and more sophisticated Americans would like to): Why are the people in the Middle East so crazy?” We laugh because it’s true. Fourteen years later, America’s war isn’t so much in far-flung regions with people calling us imperialists, but more so with our neighbors, coworkers, family, and friends. America is at war with itself.

For as long as I can remember I have followed politics and culture. For those who watch/listen to Whiskey Politics and wonder when I started interviewing, I picked up the microphone at the age of 10. After my strict cockney Father barked “Lights!” (the British version of Gunnery Sergeant Hartman’s “Light Out!”), I would count 30 Mississippi before reaching under my bed, fumbling around until finding my radio/cassette recorder, hitting play and record, and do my version of Cavett or Carson.

I had the best guests in my darkened bedroom, often moderating debates with Jimmy Carter and Anwar Sadat or Ayatollah Khomeini. Jeff Lynne would talk about ELO but an angry John Lennon kept butting in saying Lynne was stealing his sound. Ponch and Jon from CHiPs debated the best and worst parts of LA to patrol. The constant for me, I always played it down the middle. The straight man (boy) who kept the guest from going too far off-subject. Even as a preteen I valued civility. It’s something I have maintained in most areas of my life. But 40 years later, I am now second-guessing whether civility is our best approach.

The SCOTUS debacle wasn’t the first hint of us breaking at the seams. Our country’s political divide has always been there, but we usually saw the partisan vitriol stemming from the activists and special interests, not the politicians. Granted there are many historical examples when politicians threw mud, but they were outliers. The mainstream party would smack the offender, the media would question our undignified politics and then we would all go back to watching “Cheers” together.

November 8, 2016, was a pivot. We have grown men and women, activists, and politicians at the highest levels of power acting out with the ferocity of a screaming child so unhinged they can’t help but hyperventilate. Normal parents have the ability to put that child into a timeout and let them tire themselves into rational thinking. But our country no longer has normal parents on the Left. The leaders, who are supposed to be the adults in the room, are now promoting this behavior, which has led to violence.

Hillary Clinton is being celebrated (by 90 percent of the media) for instructing her flying monkeys to let the hate flow through you. “Democrats cannot be civil with Republicans,” she said (unless Republicans bow down to Democrats).

This comes on the heels of a few weeks that were not just damaging for the players on stage (namely Justice Kavanaugh and Dr. Blasey Ford) but for our union. The Democrats decided to triple-down on obliterating Kavanaugh by utilizing vile and disgusting gutter politics, the likes most of us have never seen. Uncorroborated attacks on an accomplished family man would at least had the civil liberties advocates come out in droves screaming “due process!” but even the ACLU joined the sharia law-like mosh-pit and wanted to stone the accused.

Let’s say a Trump Bro sprayed bullets toward Democrat congressional reps at a softball game and a leading Democratic Congressman came within an inch of being killed.

Let’s say a Democrat Senator was physically attacked outside his home by a neighbor causing several serious injuries.

Let’s say Obama’s cabinet members and leading Democrat politicians were being shouted out of restaurants.

Let’s say the Democrat Senate leader was followed and shouted down at airports.

Let’s say an MSNBC morning news anchor was stalked and followed and shouted at by two men through New York City’s Starbucks and his subway ride home.

The game is simple: How would the media and Democrats (irm) respond to this?

Two years after the election that shocked the world, Hillary Clinton, her supporters and much of the media still refuse to accept the results. Michael Goodwin’s October 6 New York Post opinion piece suggested something that should, should chill both sides:

Instead, we face something more akin to the combustible climate that historian Christopher Clark described as the origins of World War I. In his book, “The Sleepwalkers: How Europe Went to War in 1914,” Clark illustrates how none of the great powers wanted war, but all felt free to escalate the buildup in the certainty that the other side would back down.

As the Left’s leaders actively encourage fighting, how does the Right best respond? Of course, civility would be preferred.

However, when a rabid dog is attacking, do we calmly sit down to have a polite and dignified conversation as its frothy mouth is biting our neck?