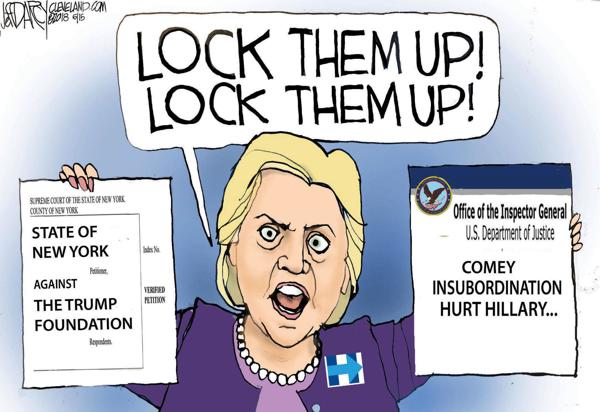 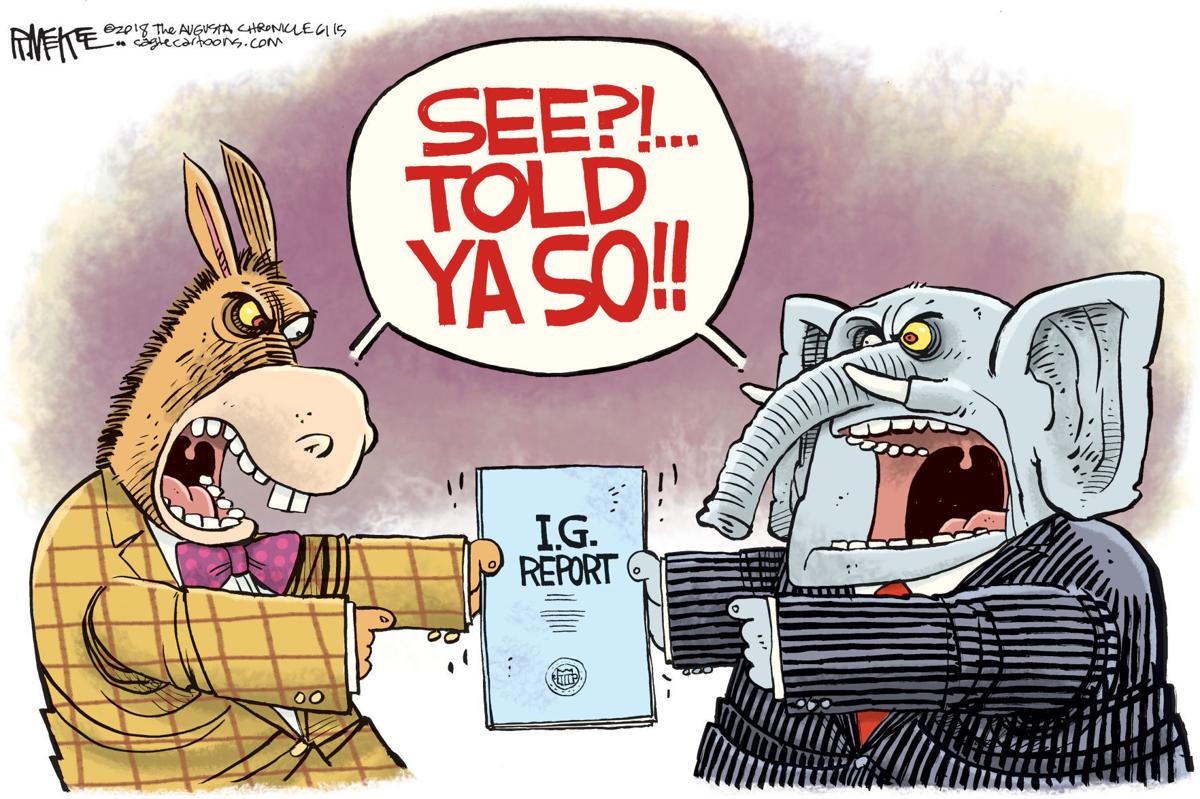 Andrew McCarthy writes “The IG Report May Be Half-Baked…But who knows?“

You’ve got to hand it to Michael Horowitz: The Justice Department inspector general’s much-anticipated report on the Clinton-emails investigation may be half-baked, but if it is, it is the most comprehensive, meticulously detailed, carefully documented, thoughtfully reasoned epic in the history of half-bakery.

For all his assiduous attention to detail, IG Horowitz has weaved a no-common-sense report.

[…]How does the IG pull this off? Two ways.The first, as mentioned above, is methodology. By disavowing any intention to pass judgment on the rightness of any particular investigative decision, by announcing upfront that he is confining himself to an assessment of whether the decisions were rational, Horowitz reads motivation out of the equation.[…]

The IG’s second tack involves the facts he chooses to present. The report is truly half-baked because it omits half the story — all Clinton emails, no Trump-Russia. Of course, that’s neither how the cases evolved, nor how the investigators looked at them.

But why would the IG do this, especially with such an intensely political subject? Mollie Hemingway explains in “11 Quick Things To Know About The Inspector General’s Report:”

The best way to understand an inspector general (IG) report is less as a fiercely independent investigation that seeks justice and more like what you’d expect from a company’s human resources department.

At the end of the day, the HR department wants what’s best for the company. The FBI’s IG Michael Horowitz has a good reputation for good reason. But his report is in support of the FBI and its policies and procedures. As such, the findings will be focused on helping the FBI improve its adherence to those policies and procedures. Those who expected demands for justice in the face of widespread evidence of political bias and poor judgment by immature agents and executives were people unfamiliar with the purpose of IG reports.

It is the nature of inspectors general (IG) to present findings in a particular style, and with an aim quite different from that of a prosecutor presenting a case. No, the IG is not on Team Trump or Team Resistance. IGs are in the business of protecting their institution against threats arising from insiders failing to follow regulations or procedures. There are strong biases, towards finding members need more training or resources, and away from finding malfeasance within the organization. Deliberate wrongdoing is the last answer, after all other explanations have been exhausted.

Seen in the most negative light, this sort of institutional bias, not driven by personalities, may be said to blind members of the organization. Paul Mirengoff of Power Line, who is not a big Trump fan, calls Rod Rosenstein a cult hero.

More than any federal agency or department I’ve worked for, with, or against, the Justice Department resembles a cult. Its employees think they are special. They feel intense hostility towards the Department’s adversaries. They are fiercely loyal to the Department and compulsively committed to its ways of doing things. Outsiders are viewed with condescension and suspicion, if not contempt.

Obviously, many DOJ employees do not buy fully into the cult, but many do. Those who rise to the top tend to embrace it the most.

If this assessment is accurate, then America has a problem. The most powerful prosecutorial body, and the most powerful investigative body in the world, may be blind to any significant internal flaw. They may be prepared to use their power to push back on any deleterious claim. If so, then the answer is another Church Committee: “The United States Senate Select Committee to Study Governmental Operations with Respect to Intelligence Activities.” From Brookings.edu:

[T]he committee held a series of hearings and published 14 reports as it investigated the legality of intelligence operations by the CIA, NSA, and FBI, including attempts to assassinate foreign leaders, spying on Martin Luther King, Jr., and monitoring the political activities of other U.S. citizens.

The Church Committee reports, as well as a series of others since then, are available at the U.S. Senate Select Committee on Intelligence. There is a history of Congress exercising its power over the entities it created and annually funds. The intelligence, justice, and government oversight committees have among them the full authority and proper clearances for any truly sensitive, as opposed to institutionally damaging, evidence.

The Framers of the Constitution acted in the shared belief that all men are fallible, and all human institutions imperfect. The system of mutual checks, baked into our basic law, stands as an ageless reminder that things can and likely will go wrong in parts of the government. The other parts are supposed to react and right the ship before the nation founders in a political storm.

I do not think special prosecutors, or other executive branch actors, are the right tool. The President and the Speaker of the House own this now. The President should order immediate, complete, unredacted compliance with the demands of the appropriate Congressional committees. The IG report, on top of House and Senate Chairmen’s multiple memoranda on agency obstruction, give President Trump all the cover and justification he needs.

The Speaker should be whipping contempt votes, not producing the kabuki theater of serial empty threats. The Republican House held the first black Attorney General in contempt. They refuse to do so with Rosenstein and Wray. Demand Congress do its duty, administering a correction to its creations.

Think of it like a high mileage service by your car mechanic: it will take more than a quick fluid check and tire rotation. Parts get worn with use, and need to be replaced or adjusted. That shimmy in the front end is not going away and is making the car unsafe to operate.

Demand Congress act, and then answer to the American people at the ballot box. Make every primary candidate and every incumbent answer now: contempt votes, yes or no? Public reports and proposed reform legislation before the midterm elections, yes or no? The administrative state is created by Congress and funded every year by Congress, so it is the leadership of Congress, and each of our members, who are responsible for what agencies are allowed to do or not do.