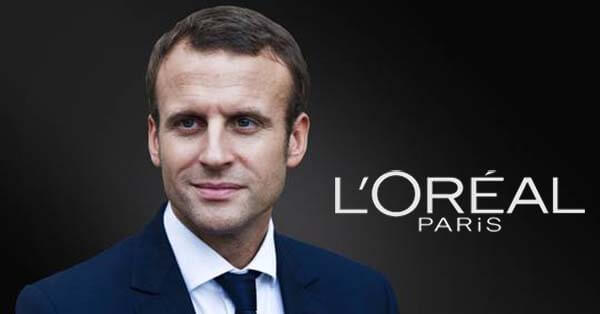 When Emmanuel Macron was elected president of France, the media gushed over the 39-year-old’s good looks. But it appears the “sexiest G7 leader” might be cheating. Maybe he wasn’t born with it … maybe it’s Maybelline.

The Telegraph reported that in his first three months in office, the gorgeous Gaul spent a staggering $30,000 on makeup.

In potentially damaging news for the centrist leader, whose popularity is waning, Le Point reported that his personal makeup artist – referred to only as Natacha M – put in two bills, one for €10,000 and another for €16,000.

The Elysee Palace defended the high fee saying: “We called in a contracter as a matter of urgency”. The same makeup artist also applied foundation to Mr Macron during his presidential campaign. Aides said that spending on makeup would be “significantly reduced”.

It may seem like a stratospheric sum for a president who has described his style as “Jupiterian” – lofty in the spirit of the God of Roman gods.

More shocking is that this figure doesn’t seem that out of the ordinary for Parisian potentates. Nicolas Sarkozy paid $9,500 a month for his makeup artist, while François Hollande paid $12,000 a month to his personal hairdresser. (Please note that Hollande is going bald.)