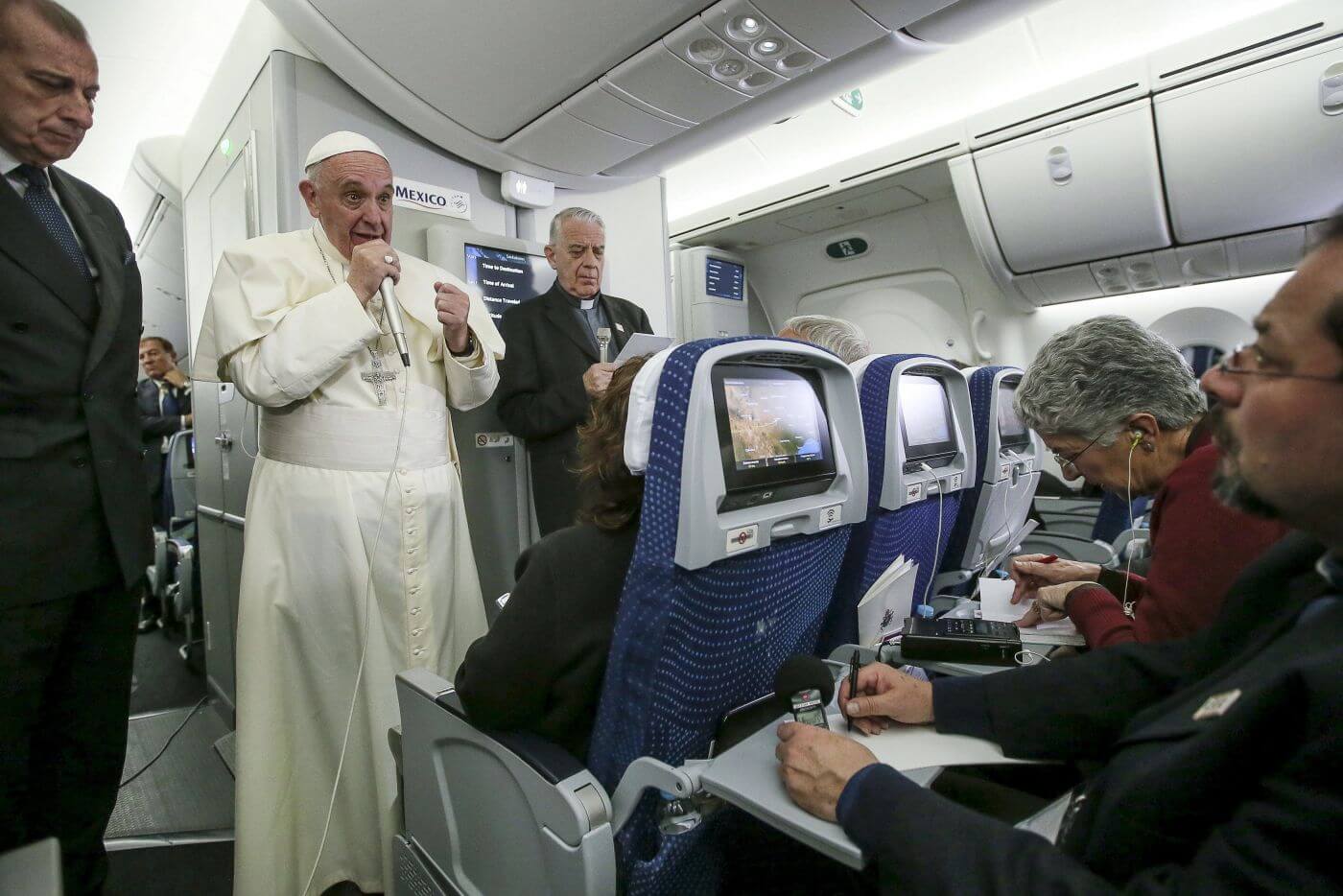 From the front page of the New York Times online at this very hour:

ABOARD THE PAPAL AIRLINER — Inserting himself into the Republican presidential race, Pope Francis on Wednesday suggested that Donald J. Trump“is not Christian” because of the harshness of his campaign promises to deport more immigrants and force Mexico to pay for a wall along the border.

“A person who thinks only about building walls, wherever they may be, and not building bridges, is not Christian,” Francis said when a reporter asked him about Mr. Trump on the papal airliner as he returned to Rome after his six-day visit to Mexico.

Getting hit with this for the first time as we were recording the Ricochet Podcast this morning, I responded squeamishly (to the immense amusement of our house Episcopalian, Rob Long), arguing that I owe fidelity to the Supreme pontiff only on matters of faith and morals–which is, of course, strictly true, but didn’t quite solve my problem.

We Catholics owe the pope a certain respect –he is, after all, the head of the oldest institution on earth and the direct heir, in unbroken apostolic succession, of St. Peter himself. But how — how — do we maintain even a patina of reverence when the man insists on becoming intensely political (as when, during his visit to Mexico, he went to the border to denounce this country’s immigration policy), when he says things that are simply unfounded (as when he claims we face an environmental apocalypse), and when he says things that are — well, that are just foolish (as in his attack on The Donald this morning. Has the pontiff ever noticed the walls that surround the Vatican?)

As I say, all this makes me squeamish — and I hereby throw it open to discussion to my friends here on Ricochet, in particular my wise fellow Catholics. Joseph Stanko? katievs? Are you there?