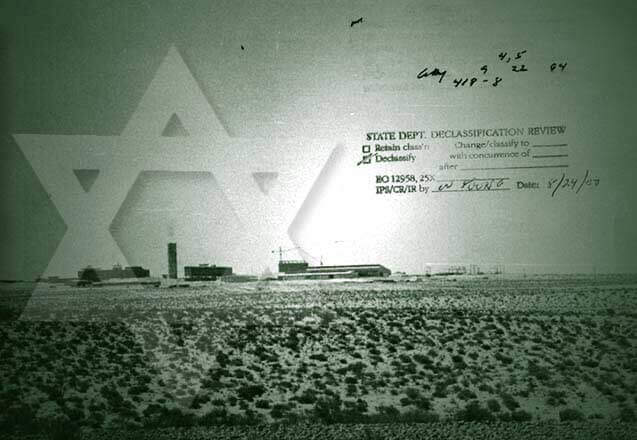 There seems to be no end to the damage President Obama will inflict upon the nation of Israel. While wooing a genocidal regime in Tehran, this administration has treated our staunchest Middle East ally with a mix of pettiness, contempt and rage.

Following Benjamin Netanyahu’s huge election victory, Obama grumbled that it was time to “reassess” America’s relationship with Israel. Monday he began that effort when, for the first time ever, the U.S. delegation refused to speak in defense of Israel at the UN Human Rights Council. The council was adhering to the sinister-sounding Agenda Item 7, which mandates the discussion of “Israeli human rights violations” at every meeting.

Now the administration has shifted from mere rhetoric and diplomatic maneuvers to irreparable harm. The Jewish Press revealed that the U.S. has declassified Top Secret intelligence on Israel’s nuclear program:

The United States has just revealed a stunning amount of information on some of Israel’s the most closely guarded secrets: information about its military cooperation with America and 20 years’ worth of details on Israel’s nuclear technology development, up to the 1980s.

The 386-page report, composed in 1987 by the federally funded Institute for Defense Analysis, (an NGO that operates under the Pentagon), is titled “Critical Technological Assessment in Israel and NATO Nations.”

It was declassified by the Pentagon in early February – but oddly, the report has been redacted so as to black out or withhold everything the Institute wrote on America’s NATO allies – but to reveal all that American experts assembled in Israel.

Interestingly, no one reported the declassification other than two hostile news agencies that apparently were tipped off: Russia’s Putin-funded RT network and Iran’s mullah-funded Press TV. The Weekly Standard explains why this report’s release is such a big deal:

Israel has never admitted to having nuclear weapons. To do so might spark a regional nuclear arms race, and eventual nuclear confrontation.

The declassification is a serious breach of decades’ old understandings concerning this issue between Israel and its north American and certain European allies.

The Pentagon’s February declassification coincided with intense pressure on the Netanyahu government by the Obama administration, trying to force the Israeli prime minister to cancel a planned speech to Congress questioning the wisdom of a highly risky nuclear deal with the Iranian regime.

However, in the past 24 hours several media in the U.S. and elsewhere have now chosen to report on the February declassification by the Pentagon. This coincides with stepped up efforts this week by the Obama administration to weaken Israel’s deterrent capabilities, including leaking to the Wall Street Journal incorrect allegations that Israel directly spies on the U.S.

Consider me unsurprised that the guy who smiled and nodded his way through two decades of anti-semitic sermons and is friends with Israel haters like Rashid Khalidi and Bill Ayers is doing everything he can to undermine that nation. I wouldn’t be surprised by year’s end to see Obama refer to Israel as “the Zionist entity.”

It will be interesting to watch politically savvy Democrats distance themselves from Obama’s intensifying assault on the Middle East’s only democracy. Hopefully they won’t wait for Iran to get nukes before speaking up.

Question for the comment section: Why should any ally trust the U.S. government now?