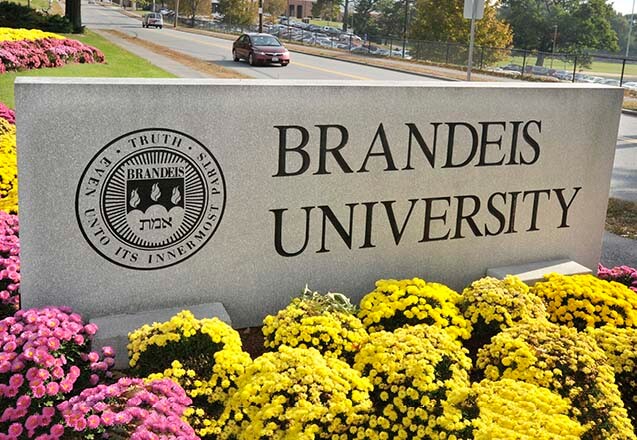 You could be forgiven for assuming at first blush that Brandeis University is a haven for free speech, given its namesake’s contribution to First Amendment law and the university’s recent acquisition of the personal papers of comedian and free speech hero Lenny Bruce. But beneath that façade is an environment that has been so hostile to free speech that Brandeis University’s reappearance on our list was a foregone conclusion. The school’s appearance also appropriately coincides with the retirement of Brandeis Professor Donald Hindley, who was declared guilty of “racial harassment”–without due process–for explaining the origin of the term “wetbacks” in class while criticizing its use.

Last spring, Brandeis students (and faculty) headlined the “disinvitation season” show, demanding that the administration rescind its commencement invitation to feminist activist Ayaan Hirsi Ali due to her views on Islam–a demand that the Brandeis administration quickly agreed to, feigning (unconvincingly) ignorance of Hirsi Ali’s positions.

The Brandeis administration also turned on one of its own, charging outspoken student Daniel Mael with “bullying, harassment, and religious discrimination” for doing nothing more than engaging in the marketplace of ideas and publicly challenging a classmate’s views on the Israeli-Palestinian conflict. Though Brandeis withdrew those charges after Mael’s attorneys made their presence known, the administration wasn’t through with him just yet. In December, Mael wrote an article calling attention to public, anti-police social media comments made by a fellow student, igniting a firestorm of controversy.

A member of the student conduct board sent a mass email demanding that Mael be investigated and “held accountable”–and then immediately requested that Brandeis impose a no-contact order between himself and Mael. Not needing to be asked twice, Brandeis complied with the request, giving us yet another reason to question the school’s commitment to free expression and include it on this year’s “Worst” list.

To be clear, as a private university, Brandeis doesn’t need to promise freedom of expression. But because it does, if it decided to revoke its promise, then it should seriously consider changing its name, as Justice Louis Brandeis is one of the great heroes of free speech in First Amendment history.

I have spent an awful lot of time talking about the many failures of Brandeis University—I devote many pages in my book Unlearning Liberty to the case of Professor Hindley and have written several columns about the disinvitation of Ayaan Hirsi Ali. Unfortunately, the absurd scenario in which a professor was told he could not utter an epithet in order to explain it no longer seems like such an extreme case. Check out a similar incident regarding Wendy Kaminer’s surreal experience at Smith College, which was written about in the Wall Street Journal and in the Washington Post.

It’s noteworthy that Brandeis is set to receive the private papers of comedian Lenny Bruce, when he often tried to hit home the idea that we’ll only get over the pain of epithets when we defang them and make it clear that they’re only words. This theory of the eventual neutralization of words is even highlighted in an episode of Star Trek. Sadly, we seem to be going in the opposite direction with a growing list of forbidden words in a vocabulary that seems increasingly constricted.

That’s it for the Ricochet spotlight on the worst threats to free speech on campus for 2014. Be sure to check out the other 7 I didn’t mention here and let us know if you think we missed one that should’ve been on the list.