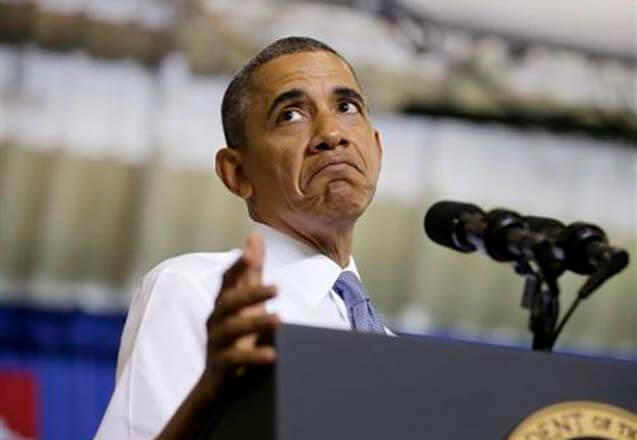 Many couples — us included — have a policy of asking each other in advance before making purchases over a certain dollar amount. The point isn’t so much to deny one’s spouse what they want as to cut down on impulse purchasing while preserving the principle that medium-to-big decisions should be made in tandem. The asking itself matters as much as what is being asked for; “Honey, I’m going to buy this” and “Honey, I already bought this” both rather miss the point and are (frankly) rather insulting to your spouse. It’s especially noxious if you present these as asking for permission.

Unfortunately, that’s exactly the attitude President Obama has taken in his request yesterday for Congress to pass an Authorization for Use of Military Force (AUMF). Six months after launching an air campaign agains the Islamic State, the president now thinks it’s best to ask Congress to authorize the force he’s been applying, not that he actually thinks it matters whether they do or not.

Even stranger, the president requests — unique among AUMFs, so far as I understand — that Congress limit the kind of operations he may pursue. As the proposed AUMF says:

The authority granted in subsection (a) does not authorize the use of the United States Armed Forces in enduring offensive ground combat operations.

There are multiple schools of thought on war powers, with some scholars arguing that Congress’s power to declare war was intended as a check on adventurous executives (e.g., our own Richard Epstein), while others contend that the president has essentially unlimited authority in terms of waging war (e.g., our own John Yoo). President Obama — noted constitutional scholar that he is — seems to have invented a third school, where the president has infinite authority in commencing hostilities, but limited authority in pursuit of them after they’ve begun.

If ever the conservative sentiment that novelty does not equal improvement needed demonstration, I can’t imagine a better example.