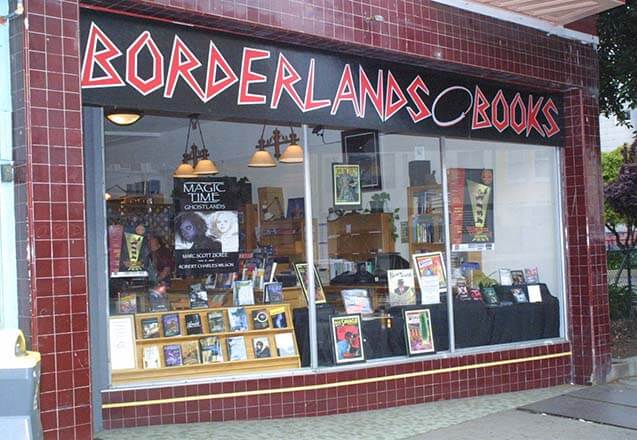 In November, San Francisco voters decided to raise the minimum wage to $15 an hour. Now one of the law’s biggest supporters is paying the price.

Borderlands Books, a Mission District store specializing in science fiction, opened in 1997. The specialty shop had survived the dot-com boom and bust, the rise of Amazon and e-books, and drastically rising rents in San Francisco. But the city’s progressive policies proved too tough to endure:

In November, San Francisco voters overwhelmingly passed a measure that will increase the minimum wage within the city to $15 per hour by 2018.  Although all of us at Borderlands support the concept of a living wage in principal and we believe that it’s possible that the new law will be good for San Francisco — Borderlands Books as it exists is not a financially viable business if subject to that minimum wage.  Consequently we will be closing our doors no later than March 31st.  The cafe will continue to operate until at least the end of this year.

Many businesses can make adjustments to allow for increased wages.  The cafe side of Borderlands, for example, should have no difficulty at all.  Viability is simply a matter of increasing prices.  And, since all the other cafes in the city will be under the same pressure, all the prices will float upwards.  But books are a special case because the price is set by the publisher and printed on the book.  Furthermore, for years part of the challenge for brick-and-mortar bookstores is that companies like Amazon.com have made it difficult to get people to pay retail prices.  So it is inconceivable to adjust our prices upwards to cover increased wages.

The change in minimum wage will mean our payroll will increase roughly 39%.  That increase will in turn bring up our total operating expenses by 18%.  To make up for that expense, we would need to increase our sales by a minimum of 20%.  We do not believe that is a realistic possibility for a bookstore in San Francisco at this time.

San Francisco Mayor Ed Lee announced the living wage initiative last summer as a way to solve city’s extreme economic inequality. Despite San Francisco already having the highest minimum wage in the nation at the time, Lee insisted that the rate of $10.74 an hour “doesn’t cut it.”

It never crossed Lee’s mind that having the highest minimum wage might be a reason the Bay Area had among the highest economic inequality. Instead, the mayor opted for a few more layers of government and a few more chains around business owners’ necks; certainly, prosperity will reign in no time.

The fact that a few foolish business owners begged for those chains doesn’t change economic reality. The true minimum wage will always be zero, as Borderlands’ former employees are about to learn. For their next venture, perhaps they could open a calculator store.