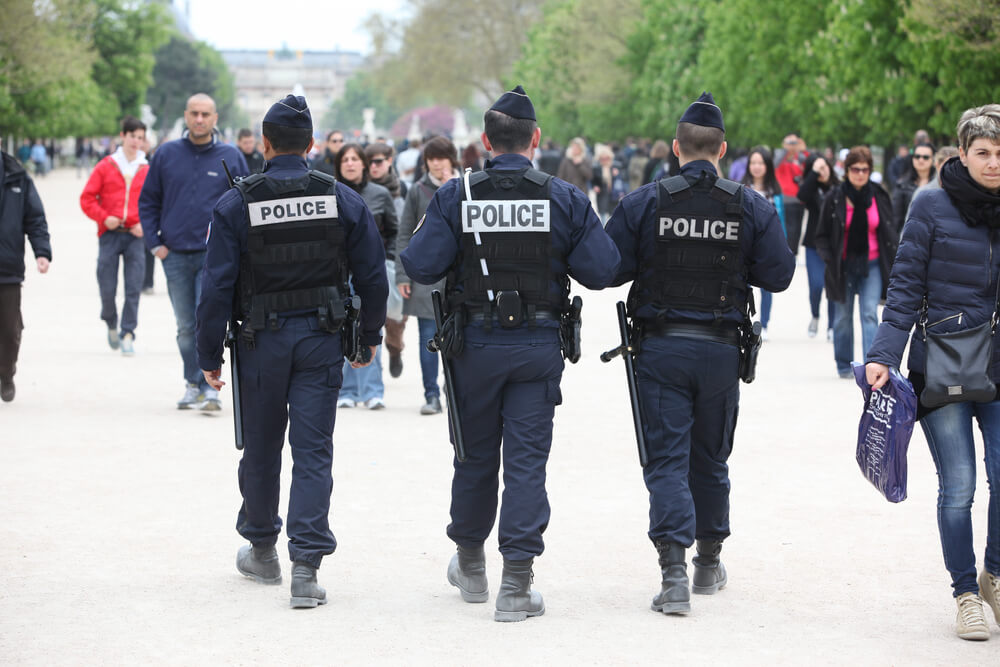 Stephen Pollard contacted me to let me know that this was not precisely what he said. You may read his own words in the Telegraph. They were “Anecdotally, every French Jew I know has either already left or is working out how to leave.” I agree that the words on Drudge are a sensationalized version of this, and not an accurate quote.

But I’m not sure that the words were so so far from his point as to suggest I missed it, so my response still stands. However, I apologize to Mr. Pollard for failing to treat with proper suspicion the things I see in the news, and ensure to my own satisfaction that the quote was entirely accurate. I’ve asked him to join us here on Ricochet to discuss his column — if ever he’d like to join a very civil conversation among friends — and hope that he’ll agree; I believe he’d find this a welcoming place.

Which brings me to my next point:

What the Hell? Why is every journalist in the world getting everything wrong? Where are all these idiot ideas about what’s going on in Paris coming from?

Which I believe I just answered.

However, that doesn’t change the fact that a lot of journalists are spreading ideas about France that are simply not true. They’re now in wide circulation in America, widely believed, and so wildly wrong that I don’t understand how anyone could believe them. Unless the world were, say, full of sensationalist and irresponsible journalists who can’t get their facts straight or properly confirm a quote. Which I guess is a possibility.

But some of these things are really untrue, and also important to understand. And I’m sure that they’re true because I’ve seen them. I do get a bit exercised when people keep insisting to me that my own eyes are lying because they know for a fact what they do because they read it on The Drudge Report.

If another person tells me that “No Muslims are speaking out against this,” I will personally insert the entire Grand Mosquée de Paris in his orifices. How many more Jews do French Muslims have to save from terrorists — as one did at that Kosher deli (and fifteen of them, at that) — before people stop slandering them this way? Was the death of a cop who happened to be a Muslim and died trying to protect the victims of these animals not enough of a statement?

Is this enough? Or this? How about this:

In case you don’t understand, he is describing them as Satans. He is denouncing them as barbarians, criminals; he is saying we cannot stop weeping; he is saying they attacked liberty and the people who protect us; he is saying there can be no excuse, no qualification; that it is a disaster; they have outraged everything we treasure … and then he had to stop speaking, because he couldn’t keep from crying in public.

What more do you want? Have the people who keep saying Muslims refuse to denounce terrorism no decency? And why — in the first place — should every Muslim in the world be repeatedly insulted by the demand that they say they oppose murder? As far as I’m concerned, unless someone is either a murderer or someone who has clearly stated that he approves of murder, he or she is entitled to the presumption that he or she is opposed to it. Particularly if he or she is a member of a community that has recently been the object of it, not merely its subject.

Does France have a lot of home-grown, Islamist filth who murder or, at least, approve of murder? Indeed it does. I saw that with my own eyes folks, and in a particularly unpleasant way, so don’t don’t tell me it’s not true.

Does it also have many more Muslims who are appalled by this, outraged, and speaking up as loudly as they know how, to the point of screaming and wailing? To the point that it breaks my heart for them? It does: I saw thousands of them yesterday, too, perhaps tens of thousands. Do not tell my my eyes are lying. They are French citizens! They were born here. They have nowhere else to go.

And do not tell me they do. Not until you have personally spoken to one of them. One who has told you why she was born here. And I assure you, once you have, you will understand why he or she cannot go back. Does “Every one of my classmates was massacred by the Muslim Brotherhood in Algeria and I was the only one who survived, and only because my father had a shotgun” sound like a good enough reason? Do you want to look that woman in the face and say, “You have somewhere else to go to?” Well do it, if you want, but not in front of me. Where did this idea come from? I’ve just seen this too many times and I can’t figure out why people believe it. What do people think those things on their hips are? Some kind of weird Gallic cellphone?

And I keep hearing this from people who laugh at journalists who confuse earplugs with bullets, too! If you can’t figure out that what the French police are carrying are weapons — and some very heavy firepower at that — I don’t think you’re in a position to laugh.

Now, at some point — because I know Ricochet is one of the few places where people will be interested in this — I will provide very full details of the kinds of weapons with which the French security forces are armed, and I know that many people here will appreciate that a SigPro 2022 is a perfectly reasonable choice for a standard service weapon. It’s not a cellphone and its magazine doesn’t hold earplugs. And it’s not the only kind of weapon they carry.

(Sidebar for those many who will be interested: Chamber: 9x19mm Para, .357SIG, .40 S&W; Weight with empty magazine: 760 g (9mm); 790 g (.40 & .357); Length: 187 mm; Barrel length: 99 mm; Capacity: 15 (9mm) or 12 (.40) rounds. Fitted with typical SIG frame-mounted decocker lever; slightly different from earlier SIGs in that there’s no separate disassembly lever on the frame and the slide release lever looks weird. Comes equipped, if you like, with a detachable silencer. Fixed sights dovetailed into the slide.)

So believe me, next person who tells me that French police are unarmed is… well, let’s just say I’m in no mood to defend to the death your right to say it, even with my own firearm.

Untruth 3: The French Themselves Are Unarmed

Which brings me to the next “I can’t believe people believe this” point. Why do people keep telling me that French citizens aren’t allowed to arm themselves? Of course they can. Limit of 1,000 rounds per weapon, but frankly, if you need more than that, you’ve got an aim problem, not a gun-control law problem. You can have up to 12 weapons. I don’t know how many you can handle at once — some of you may be unusually talented — but I suspect even the best of us wouldn’t use that many at once, and the best of sure wouldn’t have to.

Now, it is true that to acquire the amount of firepower I would ideally have in my apartment would put me at greater risk of dying of frustration with the amount of paperwork I’d have to fill out than of dying at the hands of a terrorist. But I suppose I don’t really need my own personal force de frappe, and probably wouldn’t even be able to acquire that all that easily even in the US. Though I suspect that if I filled out all the correct forms at my local préfecture, documented by several years’ worth of gas and electric bills, and submitted in triplicate, I could get even that.

Or I could do it the easy way: Believe me, if those bozos could get that many AKs in their hands despite being — and looking like — exactly the people who shouldn’t have them, I could get ten times as many in my apartment by tonight. It wouldn’t be my weapon of choice, for reasons those who can tell a bullet from an earplug will understand, so I’d probably go for something a bit more to my taste. But believe me, getting them wouldn’t be a problem. I mean: technically, it’s illegal to smoke weed in Paris. It sure doesn’t mean no one gets stoned.

Beyond that, for obvious reasons, I won’t further advertise all the details of my home protection strategy. But let’s put it this way: if I say, “I’m going to kill the next person who tells me I’m unable to arm myself in Paris,” you might consider taking my ability to do that literally.

Where did you hear that one? When yesterday the President of the Republic said he’d call in the military to protect every synagogue, school, and kosher hot dog stand in France, even this Jew thought he was going overboard, martial law not being to my taste. Been there, done that. An enhanced police presence will be fine. As will better police training. As will listening to what your intelligence services are saying to you.

“But where are the signs saying Je suis Juif?” I hear. I throw up my hands at this point. See these? They’re not some elaborate photoshop conspiracy (and who would be behind that? I mean, the usual objects of conspiracy-theories are busy with more important things these days, I promise you.) I saw all of them yesterday with my own eyes.

Not my eyes lying. It’s your media, I’m afraid. So whoever is telling you that, ditch them.

And that’s all I’ve got to say for now.

Once again, my apologies to Stephen Pollard. Very careless of me, and I hope you’ll accept my apology as sincere. I hate it when jounalists do these things. It makes the world a vastly worse place. No one needs more arrant nonsense and sensationalism at a time like this. I’m sorry I contributed to the problem.

However, if you’d like to come to France and meet some Jews who aren’t leaving, I’d be happy to introduce you to them. I saw a lot of them yesterday. A lot of them feel just the way I do. Over our dead bodies. Literally.

But more likely: over yours, you terrorist scum. And yes, we do know how.