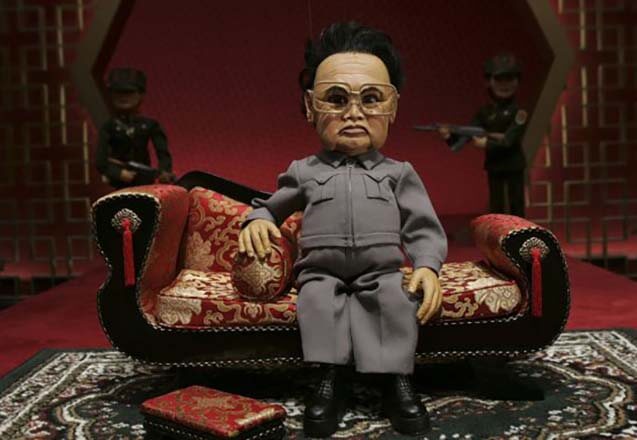 Theaters pulling “The Interview” should show “Team America” in its place.

Breaking news from The Hollywood Reporter:

After Sony canceled the release of the North Korea assassination comedy The Interview, a Texas theater said it would swap the film with Paramount’s 2004 film Team America: World Police for one free screening.

“We’re just trying to make the best of an unfortunate situation,” James Wallace, creative manager and programmer at the Alamo Drafthouse Cinema’s Dallas/Fort Worth location, tells The Hollywood Reporter.

American flags and other patriotic items will be given out by theater employees, Wallace says.

The plot of Team America, co-written by South Park creators Trey Parker and Matt Stone, revolves around Kim Jong Il, the father of current North Korean dictator Kim Jong Un. The posters promoting the R-rated movie in 2004 included the tagline, “Putting the ‘F’ Back in Freedom.