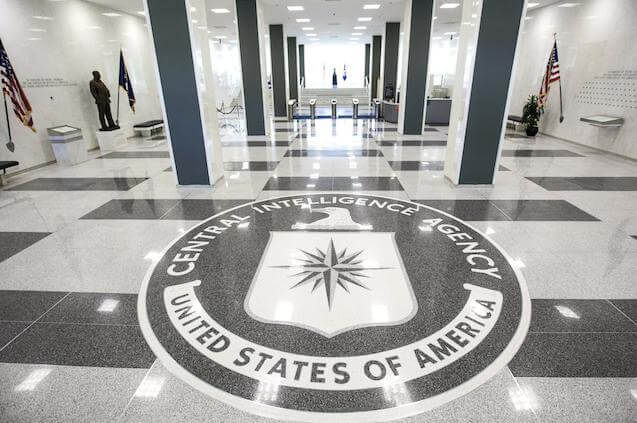 The report just published by Democrats on the Senate Intelligence Committee about the CIA’s interrogation of captured terrorists after 9-11 is so badly flawed — so overtly partisan, so ideologically-driven, so far below the basic standards of reporting and analysis — that the clowns who wrote it couldn’t even get hired by Rolling Stone.

In the interests of turning a lemon into lemonade, let’s use this report, and the political explosion it’s triggered, as an opportunity to put the issue of how we want the CIA to deal with captured terrorists into the public square — and let’s get it resolved, finally, one way or the other.

First, a bit of background: In the aftermath of 9-11 the Bush administration — reeling from an attack that killed more than 3,000 Americans, terrified that a second attack could come at any time, facing a threat to our homeland no administration in American history had confronted — pulled out all the stops and took down all the guardrails. And the CIA was at the leading, or rather at the bleeding, edge of all these efforts. Did the administration make mistakes? Of course it did. Did the president and his top officials sometimes go too far to protect us? Alas, yes. Did the CIA sometimes act clumsily, put the wrong officials in the wrong jobs, and sometimes make a mess of things? Absolutely.

Still, in the more than 13 years since 9-11 there hasn’t been a second mass-casualty attack on our country. There’s nothing wrong with being critical about how this miracle was accomplished. But just a bit of gratitude mixed into the criticism, and perhaps even a dollop of admiration for the men and women who achieved it, would be nice.

And here’s the problem: From the moment after 9-11 when President Bush unleashed the CIA, Democrats in Congress and some Republicans have found fault with the CIA’s efforts to get information from captured terrorists. In all fairness, this is precisely what oversight is designed to accomplish. But at some point the CIA’s critics crossed the line from oversight to — well, to whining. Everything the CIA did was wrong, and nothing the CIA did was right. Every mistake was blown out of proportion, and every success was ignored. In short, to the CIA’s critics there is simply no connection between the absence of a second mass-casualty attack and the CIA’s activities. (Come to think of it, to many of these very same people there was absolutely no connection between President Reagan’s policies and our Cold War victory. Hmmmm.)

A terrorist group announces that it’s placed a nuclear device somewhere in San Francisco. They say it will detonate in 72 hours. The senior senator from California — that would be Dianne Feinstein, outgoing chair of the Senate Intelligence Committee and the former mayor of San Francisco — urges residents of her home town to remain calm and not panic. The senator adds that while her thoughts and prayers are with the people of San Francisco, she will remain at her post in Washington DC, about 2,000 miles away from the likely blast radius.

The next day CIA undercover agents in Yemen capture one of the terrorists. They ask him, politely, to tell them where the bomb is located. The terrorist remains silent. “Please tell us,” one of the CIA agents begs. “Surely you don’t want to turn one of the world’s most beautiful cities into a pile of radioactive rubble.” The terrorist replies, “Allahu Akbar, God is Great, Americans must die.”

Okay, Senator, at this point what do you want the CIA to do with this terrorist? Please don’t tell us — yet again — what you don’t want our agents to do.  Tell us what you want them to do. And if your answer is, in effect, to give this poor misguided wretch a hot meal and put him in a cell with an iPhone 6 and a 54-inch flat-screen TV with 200 cable channels including Al Jazeera, then let’s make sure the doomed people of San Francisco understand precisely what you’re saying, and what their likely fate will be. Let’s make it absolutely clear that if Dianne Feinstein speaks for them, no CIA official will risk his or her career — or his or her life — to save people who have no wish to be saved.

I’ve been to San Francisco dozens of times. And even though the city’s lunatic-to-square-foot ratio is fairly high, I believe the overwhelming majority of its citizens would want the CIA to waterboard this captured terrorist — and if that didn’t make him talk they’d want the CIA to get really nasty with him. My guess is that even good liberals in those multi-million-dollar condos overlooking the Golden Gate Bridge, and maybe even a majority of the left-wing crazies in nearby Berkeley, would want the CIA to pull out the terrorist’s fingernails, break his legs, and do anything else — anything else — to make him tell our agents where the bomb is located before it explodes. And my guess is that the overwhelming majority of Americans in other cities would feel precisely the same.

So, why don’t we just ask them? Why don’t we start organizing petitions from one end of our country to the other — in as many cities, towns and states as we can — to put this question to voters on the next election ballot:

How far should the CIA go to stop a terrorist attack on (Insert name of City, Town or State):

Option One: The CIA should not use any of these so-called enhanced interrogation techniques to stop an attack. I’d rather die.

Option Two: The CIA should do whatever it takes to keep my family safe, and if that means beating the crap out of a captured terrorist so be it.

And, while we’re at it, why don’t we pose this same question to every candidate for the House and Senate in the next elections? Shouldn’t we also ask this question of every Republican and Democratic candidate for President? Of course we should, and we should keep asking this question until each candidate gives us a straightforward answer.

Okay, there may be better ways to word the question. But you get my point. And unless everything I’ve ever learned about Americans is wrong, with the possible exception of Ann Arbor Option One will win in a landslide from one end of the US to the other.

Reader, this could be the sleeper issue of 2016.