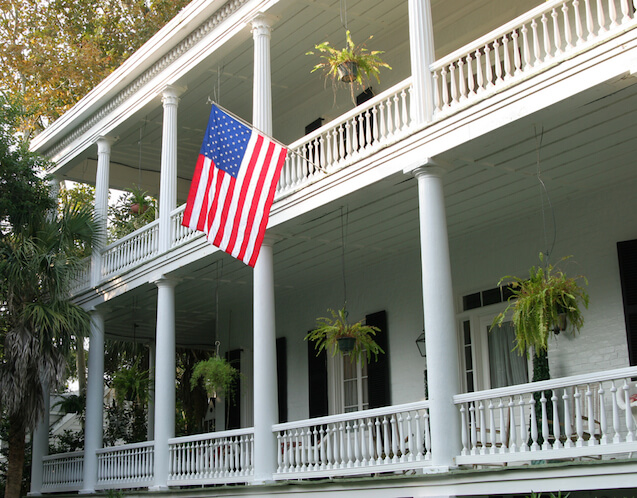 Remember a few years back when the media was stocking up on smelling salts over Sarah Palin’s reference to small towns as “the real America?” Truth be told, I was never warm to that formulation. As a matter of crass politics, a winner never disowns huge segments of the electorate. I also disagreed with the idea on principle. I think a lot of us at Ricochet know what Palin was trying to say: that there are parts of the country where earnest patriotism is regarded as gauche. I’m all for attacking that attitude when it specifically arises, but applying it as an undifferentiated slight does a disservice to a big chunk of the country.

Still, if the media’s outrage had to do with the content rather than the speaker, they’d be taking to their fainting couches over the latest column from (West Virginia native!) Michael Tomasky, whose new piece at the Daily Beast drops the mask about how leftists really feel about the South; namely, that it is populated by untermenschen. After referring to the region as a “reactionary, prejudice-infested place” (the evidence for which comes from Louisiana’s rejection of Mary Landrieu in last weekend’s Senate runoff), Tomasky lets fly with an olympian expectoration:

A toothless dog [Landrieu] is a figure of sympathy. A vet who takes pleasure in gassing it is not.

And that is what Louisiana, and almost the entire South, has become. The victims of the particular form of euthanasia it enforces with such glee are tolerance, compassion, civic decency, trans-racial community, the crucial secular values on which this country was founded… I could keep this list going. But I think you get the idea. Practically the whole region has rejected nearly everything that’s good about this country and has become just one big nuclear waste site of choleric, and extremely racialized, resentment. A fact made even sadder because on the whole they’re such nice people! (I truly mean that.)

I don’t know what that last sentence and parenthetical are supposed to be, though a word that the Obama Administration uses to refer to Benjamin Netanyahu comes to mind. If you’re going to flip over the table, don’t bother complimenting the tablecloth.

I’m a native of the Los Angeles area, one of those oases of enlightenment that Tomasky is so fond of (we build community by torching cars after Lakers championships), and I now split my time between the City of Angels and Nashville. I don’t find either place to be the hellscape that Tomasky is describing (and I love them both), but if you compared them side-by-side, his argument wouldn’t look great.

Tolerance? I’ve never seen a gay guy in Tennessee heckled like a smoker in Los Angeles. Compassion and civic decency? Maybe if you’re measuring it by spending on social services (without regard to outcomes). In the South, however, compassion tends to happen organically and often. In L.A., you have to start a non-profit. Trans-racial community? You won’t find more racially balkanized neighborhoods than those in America’s inner cities. Crucial secular values? Even this infrequent churchgoer is going to go ahead and reject that premise.

Tomasky’s argument, such as it is, is that Democrats should just abandon the South — with the exceptions, of course, of the parts he likes. Tomasky will take South Beach, the Research Triangle, and the D.C. suburbs, thank you very much. You knuckle-draggers can have the parts that provide the plurality of men and women in uniform and that boast six of the eight top states for domestic migration.

You can be outraged at Tomasky’s soy latte invective. In fact, I’d encourage it. But don’t make too much noise. This is a man in the midst of trying to persuade his preferred political party to give up on what is now probably the most dynamic region in the country. I say we let the little scamp touch the stove.